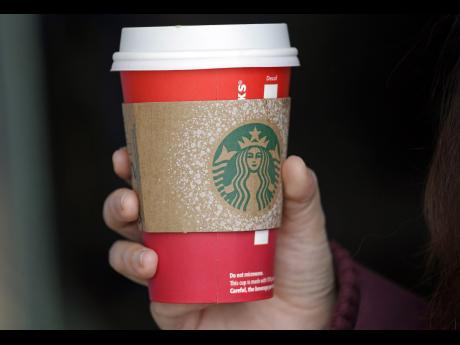 Starbucks Jamaica this week started the hiring process for three key positions even as it mulls going after permits from Coffee Industry Board (CIB), which regulates imports, exports and domestic coffee operations.

"This job contributes to Starbucks success by acting as a strategic business partner and advocate," said the ad in its description of the partner resources manager position.

Starbucks Jamaica expects successful candidates to work within the tourist zones in Hanover, St James and Westmoreland. It offers a hint of the locations planned for roll-out of stores under the brand.

Starbucks offers brew and beans from various regions, including Colombia and Ethiopia. It also sells specially curated beans for its Reserve line from regions like Sumatra, Guatemala and Jamaica.

Starbucks Jamaica will also seek to sell coffee from global origins, but avoided responding directly to whether it would import beans into the island.

"At Starbucks, we aim to offer the best coffees from around the world which vary by origin, season and harvest. Providing customers with these options in our truly unique coffeehouse environment is a core part of the iconic Starbucks Experience," responded Stephen Hector, head of communications at Sandals as well as spokesman for the coffee joint venture.

Offering beans from global origins implies coffee importation which requires a licence from the Coffee Board, unless Starbucks Jamaica opts to source beans through an existing coffee importer who can match Starbucks' standards.

"Now that Caribbean Coffee Traders has been granted the licence to the brand it is now making arrangements to complete all the regulatory processes involved for operations with the CIB," added Hector who did not reveal the type of licence sought. The Coffee Board is yet to respond to Financial Gleaner queries on what applications, if any, were made by Starbucks.

Montego Bay will see the first Starbucks cafe but there are no additional details on the other stores to come.

"We see a strong and vibrant market in Jamaica," said Hector, "It's early days, but after Montego Bay, we see more to come. Each of these locations will be owned and operated by our Jamaica-based licensing partner Caribbean Coffee Traders," he said.

The company also plans to work with local farmers but those arrangements too are to finalised in the future.

"Jamaica is a unique market because it is blessed with some of the best local coffee in the world. So while it is still very early in the process for us, we will certainly strive to spotlight Jamaican coffee, and Starbucks' own long-standing relationship with Jamaican coffee farmers, within our stores in the market," Hector said.

"We look forward to providing additional clarity once we have had the chance to share our vision, and to receive feedback and guidance from the Coffee Industry Board."

Jamaica imports around 433 tonnes of green coffee beans each year to shore up its own supplies. The imports represent around $300 million (US$2.3 million) of expenditure annually that critics say can be better spent domestically to provide jobs and grow coffee output.

Earlier this year, Karl Samuda, minister of industry, commerce, agriculture and fisheries, announced plans to impose a cess on coffee imports in an effort to incentivise local production of cheaper coffees, called 'lowland'.

Oswald O'Meally, a long-standing Jamaica coffee farmer, acknowledged that Jamaica might not be able to take the Colombia approach. It's in part due to the relatively high price and limited supply of local beans, he said. O'Meally, however, wants any possible importation by Starbucks to come with a quota.

"Importations should have a quota that whatever you import there is a corresponding amount that you have to buy locally. Our coffee is a niche product and we have to protect that niche," said O'Meally. "If importation is part of the deal, there would have to be a limit."

O'Meally, an executive member of the Jamaica Coffee Growers Association (JCGA), indicated that the association has yet to meet to discuss the implications and formulate a position on Starbucks' planned entry.

Starbucks currently has 42 stores across Aruba, The Bahamas, Curacao, Puerto Rico, and its newest market, Trinidad and Tobago, where a partnership was struck last year.

Each market is operated by a licensed business partner. In Trinidad, that partner is Prestige Holdings Limited, which opened its first store in San Fernando last August.

Starbucks already has a buying relationship with Jamaica for its exclusive line of reserve beans. The chain has been supplied with beans over the past seven years by local coffee producers such as Wallenford Estate and Amber Estate for consumption in Asia and North America.