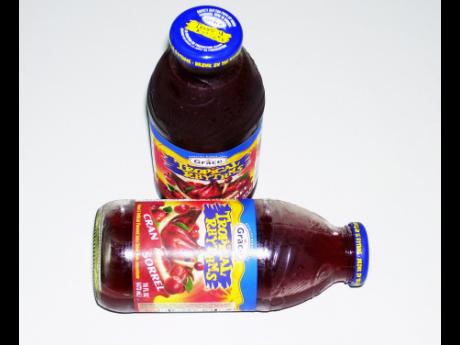 File
Tropical Rhythms drinks made by GraceKennedy. The conglomerate announced a new distribution deal for the drink in its US market, amid an overall spike in food trading revenue in the March quarter.

Earnings were 28 per cent lower year on year. The decline in profit was due to higher costs in its food and insurance division, resulting in earnings per share of $1.02, compared with $1.50 a year earlier.

The 95-year-old conglomerate performed better at the top line in the quarter. Revenue climbed from $22.1 billion to $23.7 billion.

The group operates four segments, including food trading which delivered profits of $725.6 million, banking and investments at $107.1 million, insurance at $87.5 million, and money services at $751.4 million.

The food trading division and insurance segments earned 15 per cent and 11 per cent less profit, respectively, than a year earlier.

Food trading grew revenue primarily because of higher sales from its Jamaican foods distribution and supermarket businesses when compared to a year ago, stated GraceKennedy Group CEO Don Wehby in the preface to the quarterly financial report.

"Lower margins, higher marketing expenses and costs associated with the expansion and renovation of our Hi-Lo Food Stores in Jamaica contributed to the decline in pre-tax profit," he said.

In its American market, GraceKennedy Foods USA continues to expand due to its increased entry in chain stores with additional listings in Walmart, Winn Dixie and Publix. For the quarter, Grace and La Fe brands showed growth in revenue year on year.

GK also expanded its food trading line to include a new distributor of its Tropical Rhythms drinks in key areas in the United States.

"The company entered into an agreement with Pollo Tropical to pilot Tropical Rhythms across 47 stores along the East Coast of the USA," said Wehby. Pollo Tropical is owned by the Fiesta Restaurant Group.

As a subsequent event, the group divested its 30 per cent shareholding in Trident Insurance Company based in Barbados on May 8. The net disposal proceeds amounted to some $56 million.

The financial group recorded increased transaction volumes in the remittance business. During the quarter, the conglomerate launched its new mobile wallet, GK MPay, through which customers are able to pay for goods, services and receive remittances via mobile devices.