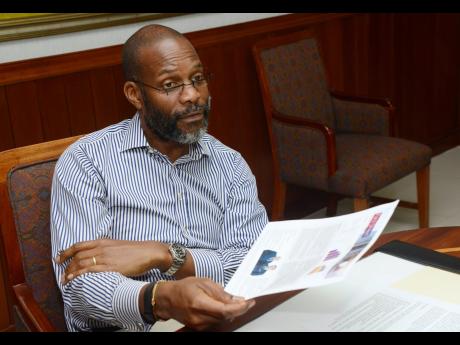 Cable & Wireless Jamaica (C&WJ), which trades as Flow Jamaica, recorded a $533 million net loss for its first quarter, which reversed the profit earned a year earlier.

In the wake of those results, the telecom advised customers to expect an increase in their cable bills, effective June 1.

The increases impact all plans, except the Essential bundles. The Plus bundles will cost five per cent more, Max will rise by 23 per cent, and Watch All by 13 per cent.

Flow is yet to respond to Gleaner Business regarding its rationale for the price adjustments, however, its customer advisory issued last Friday cites an increase in its own programming fees and continued investments in its network. The telecom told its customers it needed to make the adjustments to manage its own rising operational costs.

During the March quarter, Flow Jamaica grew its total revenues by 10 per cent to $6.38 billion. The spike in sales was mainly driven by 17 per cent growth in mobile revenues.

Mobile now contributes just over half of total revenues of the company, 53 per cent, up from 49 per cent in the same period in 2016 and 39 per cent in 2015, as stated by Managing Director Garfield Sinclair in a statement prefacing the financials.

"The growth in our mobile business both in revenues and revenue share reflects the continuing customer migration from fixed to mobile voice and data services, further evidenced by our 8 per cent year-on-year increase in total mobile subscribers," Sinclair said.

Broadband revenues rose two per cent compared with a year ago. The telecom reduced customer churn from 1.7 per cent to 1.5 per cent for the quarter.

Also C&W Business reported flat revenue performance compared to the comparative prior year due to slower orders right after the Christmas holiday period.

"Our operating model continues to demonstrate great resilience, thanks to our dedicated staff, loyal customer base and our simplified suite of value-packed products and services," stated Sinclair.

Operating profit of $879 million represented a decline of two-thirds year on year mainly due to the reversal in the prior year impairment charge of $3.4 billion. During that period management indicated that the reversal reflected a change in strategy to use existing company assets instead of impairing them. In fiscal 2015/16, in connection with the acquisition of Columbus International by CWC, the company re-evaluated the planned timing of network integration, which impacted the pace of depreciation.

FIRST PROFIT IN A DECADE

C&WJ posted its first annual profit in a decade, $1.16 billion, at year end March 2016 due in part to these non-cash impairment charges.

Depreciation charges waned during the current quarter to $730 million, compared with $1.2 billion a year earlier.

The company's net deficit stands at $30.4 billion, up from $29.9 billion. Its cash pile remained largely flat at $473 million compared with $481 million a year earlier.

With the acquisition, C&WJ changed its accounting year end date from March 31 to December 31.