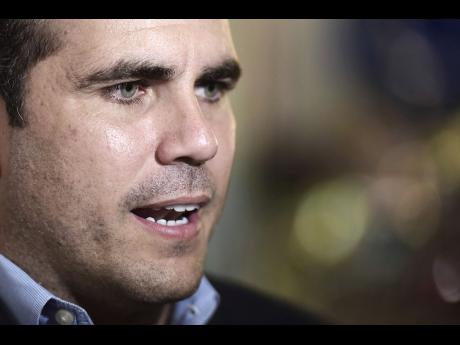 Puerto Rico's development bank has entered into a deal with financial creditors that would allow it to avoid a lengthy bankruptcy proceeding, the leader of the debt-swamped United States territory announced Monday.

The liquidation agreement still has to be formally approved by creditors of the Government Development Bank, which, for decades, played a major role in the Caribbean territory's financial affairs. A financial oversight board and US District Court for Puerto Rico must also sign off on the pact.

But Governor Ricardo Rossello said in a Monday statement that the so-called restructuring support agreement negotiated over the last two months is backed by "a significant portion of its major stakeholders".

The deal, focused on the bank, is just one piece of an overall US$73-billion public debt load that the government of the struggling island is seeking to restructure. Puerto Rico is mired in a decade-long recession.

Rossello said the agreement will allow bondholders and other creditors to exchange their claims against Puerto Rico's development bank for one of three tranches of new bonds with varying payment terms.

Details were fuzzy about how issuing new debt to cover old debt would pan out. But Rossello said the bank's creditors agreed to "substantial discounts to the principal" and touted the pact as "an example of the government regaining the credibility it had lost over the past few years".

Rafael Rojo, a spokesman for Puerto Rico creditor group Bonistas del Patio, said in the government statement that the creditors were voluntarily accepting losses of up to 45 per cent.

"We are Puerto Ricans first and we recognise the circumstances in which Puerto Rico is today," Rojo said.