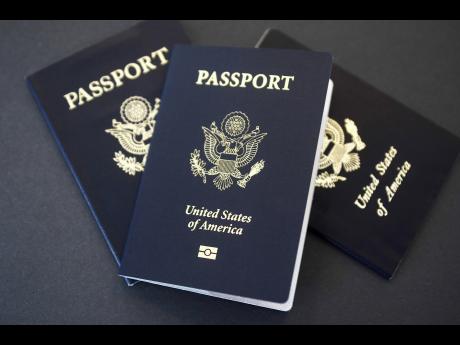 The US State Department expects 20.5 million applications for new and renewed passports this year, and that will be a record number.

The busy year is no surprise. Adult United States passports must be renewed every 10 years, and it was 10 years ago that a new law went into effect requiring passports for Americans travelling to Mexico, Canada, and the Caribbean.

That new law resulted in a surge of passport requests in 2007, along with extraordinary delays that stretched into months for some individuals.

This year, the State Department says it is beating promised turnaround times of six to eight weeks for processing passports.

"In 2007, it was not a good situation," Brenda Sprague, deputy assistant secretary for passport services, said in an interview with The Associated Press. "We did a lot of post-mortem discussions and have spent 10 years getting ready for this and addressing all the challenges we expected to come. We are extremely busy but I am pleased to say that we are so far, knock wood, staying well ahead of the curve."

Many travellers say they've got their passports processed in just a few weeks.

It took two weeks for Helen Prochilo to renew her passport in March compared with more than a month 10 years ago. "And we've not heard of delays from any clients," said Prochilo of Promal Vacations, a New York-based travel agency.

Dylan Gallagher, owner of Orange Sky Adventures, a San Francisco-based tour company, sent his passport in for renewal this year and got it back within a month. "Easy as pie," he said, adding that in 2007, it took two to three months, "so long (that) I thought they lost my application."

At the end of April this year, the State Department had already processed more than 11 million passports, a combination of renewals and new documents. Typically, about 40 per cent of passport applications are renewals. Spring and summer are the busiest season for passport applications as travellers gear up for vacations.

Last year, the State Department processed 16.8 million passports, but the yearly average is closer to 13 million.

The number of Americans who hold passports has increased dramatically over the years, from an estimated 25 per cent of the population holding passports in 2006 to about 41 per cent now.

Factors in the increase include not only the law requiring passports for travel to Canada, Mexico and the Caribbean, but also cheaper international flights and the fact that millennials tend to travel more and at a younger age than previous generations.