Jamaica's primary surplus overperforms by $12.8b 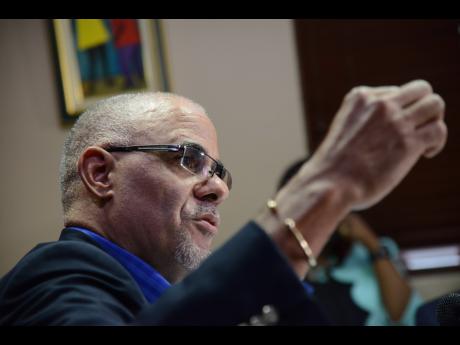 That represents about 7.7 per cent of gross domestic product, above the International Monetary Fund's target of seven per cent, and according to EPOC co-chairman Keith Duncan, "if the trend in the robustness of tax revenues continues there is increased room for capital spending".

Notably, the gap between actual and budgeted capital expenditure became increasingly smaller over the last quarter of fiscal year 2016/17 as the government made some headway into capital spending, Duncan told a press briefing held at his JMMB Haughton Avenue offices on Friday.

The lag behind budget was primarily as a result of the late approval of the 2016/17 budget in May last year instead of March.

"This challenge should no longer be an issue in this fiscal year, 2017/18. We will continue to monitor government expenditure, and in particular capital expenditure given its importance as one of the main drivers of growth," Duncan said.

He said that based on the available information EPOC reviewed at the end of March, Jamaica's strong fiscal and monetary performance remains strong. Improved tax compliance, as well as improvements in macroeconomic factors and less than anticipated government expenditure, continue to drive the primary balance performance.

Non-borrowed Net International Reserves remain comfortably above the target and inflation remains within the targeted range.

Duncan said the strong performance towards meeting the quantitative performance criteria and indicative targets for December 2016 to March 2017 under the standby agreement was supported by the successful meeting of the structural benchmarks.

Eight structural benchmarks four macro-fiscal and four for public sector reform have been met. They included the establishment of a financial inclusion council and operationalising the financial system stability committee.

"By all indicators, the economic programme is very much on track. However, there is still much to be done if we are to achieve the key programme objectives," said Duncan.

EPOC has also noted the need for public consultation and engagement as it embraced the suggestion by Finance and the Public Service Minister Audley Shaw to consider the re-establishment of a parliamentary tax committee to review the government's revenue measures before they are announced.