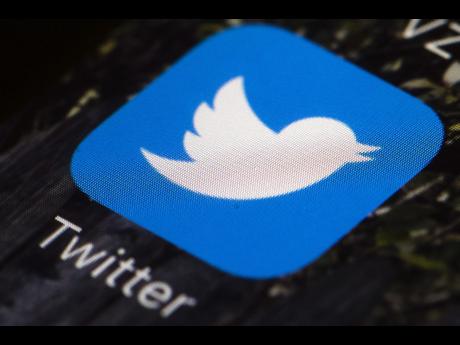 Twitter recently reported its first quarterly revenue decline since going public. That should give you some clues about the reasons behind the policy changes, which take effect June 18.

With the changes, Twitter expands the pool of people it can track and lets the company collect more data about those people when they are visiting sites around the web, said Jules Polonetsky, CEO of the Future of Privacy Forum, an industry-backed think tank in Washington.

For example, the company will now keep data about users' web activities for 30 days instead of 10, which allows it to create more comprehensive profiles of people.

In addition, Twitter will no longer honour the "Do Not Track" option that let people say no to being tracked by the likes of ad and social networks. Many such networks no longer honour that option anyway. Polonetsky said Twitter had been "one of the rare prominent brands that respected Do Not Track."

Why is twitter doing this? The short answer is money.

The longer answer: Targeted ads that are tailored to your whims and tastes are more lucrative than generic ones. That's the selling point of online advertising, and the reason why companies like Facebook, Google and Twitter offer their services for free. The implied understanding is that they will make money off you by showing you ads.

Research firm eMarketer expects worldwide digital ad spending to hit US$224 billion this year. Google and Facebook will command a combined US$110 billion of this. Twitter, though, is estimated to get just US$2.3 billion, or about 1 per cent. Twitter's investors are hungry for a larger slice of the pie.

In a pop-up notification telling users of the change, Twitter chirps that you will "soon start to see more relevant Tweets and ads based on your visits to sites with Twitter content." It says that the tailored ads you already see will improve and that "we've given you even more control" over your data.

Your next option is to click a highlighted "sounds good" box, or choose "review settings," which appears in less prominent type underneath. Sounds good? Not to privacy advocates.

"Twitter's announcement is bad news for online privacy. The company dropped Do Not Track and gave advertisers access to more user data," said Marc Rotenberg, president of the non-profit Electronic Privacy Information Center. "Also, all of the settings now default to disclosure, which means users have to go in and change their privacy settings."

Your options? Move to Europe. You will also have stronger online privacy protections. Twitter will store data about your web activities for 30 days now instead of 10, but it won't do this for users in the European Union and the European Free Trade Association - Iceland, Liechtenstein, Norway and Switzerland - because it's prohibited.

Barring that, go to twitter.com/personalization on a browser; from an app, click the settings wheel from your profile, then choose 'Settings' and 'Privacy and safety'. You can go through the permissions piece by piece and decide, for example, whether to turn off personalize ads (but still get non-targeted ads).

Or, you can disable all, prompting a warning that: 'Turning this off may make the Tweets and ads you see less relevant.' Is that what you really want? Click 'Yes, I'm sure'.