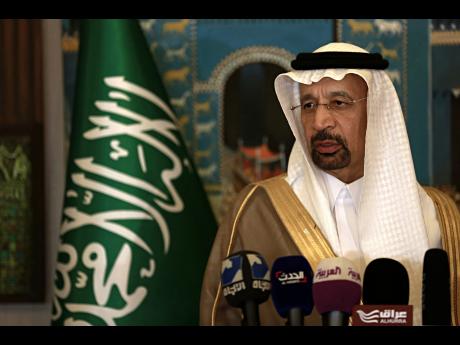 Saudi Arabia's energy minister said on Monday that he does not expect any objections to a nine-month extension to the existing output cut deal between OPEC and non-OPEC members - an agreement that would extend the deal through March 2018.

Late last year, the Organisation of the Petroleum Exporting Countries and non-OPEC members reached a deal to cut production by 1.8 million barrels a day for six months, staring from January 2017. OPEC oil ministers will meet on Thursday in Vienna to discuss the extension.

"Everyone I talked to inside OPEC agrees with the nine-month (extension)" Khalid al-Falih told a press conference in Baghdad after a meeting with the Iraqi Prime Minister Haider al-Abadi and his Iraqi counterpart, Jabar Ali al-Luaibi. "I do not expect any objection to that trend," al-Falih added.

He said the new deal would be similar to the current one "with some amendments" without elaborating. Al-Falih said al-Abadi gave the green light for Iraq to approve the nine-month extension proposal in Thursday's meeting. Early this month, Iraq, which committed to reduce daily production by 210,000 barrels to 4.351 million barrels, said it supported a six-month extension, but did not comment on the nine-month proposal.

Iraq, where oil revenues make up nearly 95 per cent of the budget, has been reeling under an economic crisis since 2014, when oil prices began plummeting from a high of over US$100 a barrel. The Islamic State group's onslaught, starting in 2014, has exacerbated the situation - forcing Baghdad to divert much of its resources to a long and costly war.

Since the start of the production cut, global oil prices have stabilised at around US$50 per barrel. Al-Falih said the oil market has made a partial recovery, "but not a complete one".

Iraq is also grappling with a major humanitarian crisis. The United Nations estimates that more than three million people have been forced from their homes since 2014. It also faces growing dissatisfaction among residents of areas recaptured from IS who have had their properties demolished and suffer from scarce public services.

Oil was trading up at mid-afternoon Monday, with benchmark US crude rallying by 40 cents to US$50.73 a barrel in New York. Brent crude, used to price international oils, was up 26 cents at US$53.87 a barrel in London.