Cedric Stephens | Sober view on ganja and road use 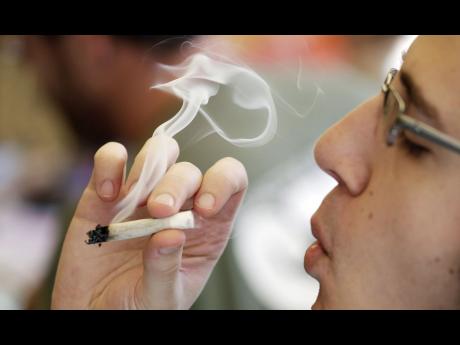 The first was an email that Richard Crawford sent me in response to 'Alcohol, drug use factors in motor vehicle crashes', which appeared on April 29. Among other things, he wanted to know if this column was sponsored, and if so, by whom, and was it part of an "organised campaign ... to try and demonise ganja".

A subsequent Google search indicated that someone with the same name as the person who wrote me occupied the position of vice-chairman of the Ganja Growers and Producers Association. Could it be the same person, or were the similar names coincidences?

The second factor was a piece that was published in this newspaper on May 14. It was headlined 'Driving on high: Just over one in every 10 Jamaican motorists drive after smoking ganja'. This was one of the results of a local poll commissioned by Jamaica Automobile Association (JAA) Chairman Earl Jarrett and conducted on April 1 and 2 by Johnson Survey Research Limited.

Given the general direction of my article and the opinions that I had expressed, in the absence of data, I wanted to read the survey. Happily, Mr Jarrett provided me with a copy of the pollsters' 14-page report.

Road traffic accidents are an important public-health issue, according to the Journal of Family Medicine and Primary Care in India. Public health is concerned with protecting the health of the entire population. It is against the background of trying to get a better understanding of some of the local driving behaviours that the results of the JAA survey are shared with readers.

By the way, and this may come as a surprise to Mr Crawford, I am not a part of the pro or anti-ganja smoking lobby groups.

According to the Johnson pollsters, 1,000 drivers were surveyed over the two-day period. The margin of error was not stated. The key findings were:

- Male drivers outnumber female drivers by nearly two to one: 65 per cent to 35 per cent.

- Most local drivers (73 per cent) consider themselves to be "above average" drivers.

- The average (median) age of drivers in the survey was 41.3 years.

- Female drivers are more prone to require their front and rear seat passengers to comply with the seat belt-wearing regulations than their male counterparts.

- Most back seat passengers, 56 per cent, do not wear seat belts.

- One out of every four drivers say they sometimes drive after consuming three or more alcoholic drinks.

- Men are almost three times more likely than women to get behind the wheel and drive after having a few drinks, and young persons (those in the 18-34 age group) and persons 65 and older are also more likely to drink and drive than others.

- Slightly more than one in every 10 drivers sometimes operate a motor vehicle after smoking ganja.

- Men are five times more likely than woman to drive after smoking ganja, and those under 35 are significantly more apt to drive after having toked [according to the Oxford Living Dictionary this is another way of saying smoking cannabis] than others.

- One out of every three drivers sometimes checks their email or text messages while driving or while stopped at a red light or stop sign.

- Out of every four drivers sometimes sends email or text messages while driving or stopped at a red light or at stop sign.

- Two out of every three drivers, men and women, make telephone calls while driving, or while stopped at a red light or stop sign.

- Four out of every five men and women (80 per cent) answer their cell phones while driving or while stopped at a red light or stop sign.

I argued in 'Do politicians believe in science?' (October 16, 2016) that our lawmakers, technocrats and others appeared to be ignoring or were ignorant of scientific findings in relation to the risks posed by the use of cell phones while driving during the debate about the Road Traffic bill.

The article did not make any links with other factors like the consumption of alcohol and the use of ganja. It is my hope that the data from the JAA poll and other data sets will inform the decisions about what the new law will contain and ignore the sweet talk of special interests (no apologies to Mr Crawford) who often do not know the difference between opinions and facts.