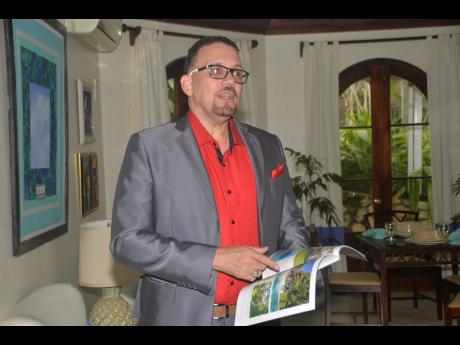 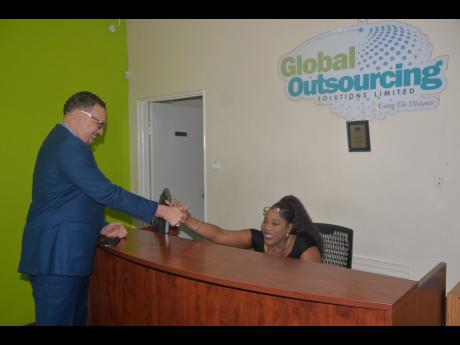 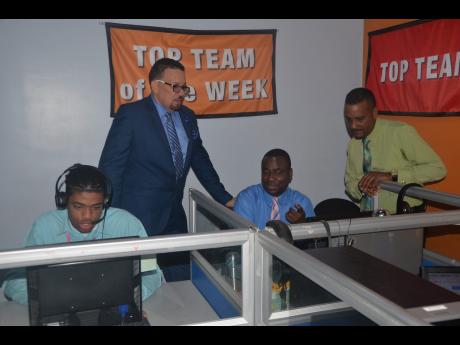 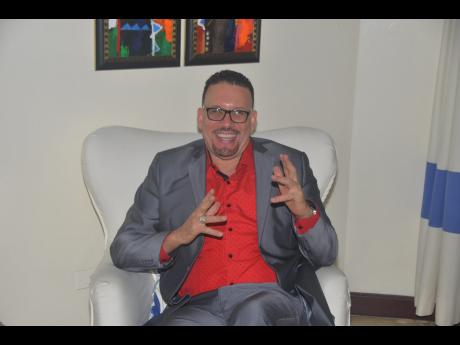 He is well known in Montego Bay as the owner and president of business process outsourcing (BPO) company, Global Outsourcing Solutions Limited, and as the straight-talking former president of the Montego Bay Chamber of Commerce, but it has been anything but a smooth road for Davon Crump, a Portlander by birth.

The call centre market has been rocky over the years, albeit promising.

Government has been touting the BPO sector as a growth centre, and many have been pointing to an influx of overseas companies setting up shop in Montego Bay, Kingston, and elsewhere.

But as Crump recounts the difficulty raising capital for start-up and expansion, the rosy picture being painted seems less than half the story.

Difficulty accessing financing has been the greatest obstacle to his business which was started in late 2011 with 35 employees and now operates from two rented locations: 6,000 square feet in the Montego Bay Free Zone, and 5,000 square feet at a custom built turnkey operation on Market Street in Montego Bay.

"It has been challenging, but as a businessman and someone who has a vision, I see the BPO sector as an area that has a lot of potential," said Crump.

The line of credit being made available for investors in the BPO sector by state financier Development Bank of Jamaica is still not available to businesses like Global Outsourcing because the collateral requirements are said to be too onerous for small local entrepreneurs. Small investors are inherently disadvantaged, too, in bidding for large jobs that require bidders to prove that they have significant up front capital outlay such as one year's salary for 1,000 workers.

Still, the growth potential of the sector - which was the initial lure for the Jamaica College graduate who worked in banking in Jamaica and then in a call centre operation in the United States - is what keeps him going.

His years as a customer service representative, supervisor and human resources manager at AT&T in Florida piqued his interest in entering the BPO business as an in investor. But Crump had always harboured thoughts of being a business owner, first trying his hand when he was 23 years old at furniture making in Kingston and supplying furniture retailer Courts.

Even though the business was making good money, the inability to find financing to scale up and compete with larger suppliers, ultimately forced him to shutter the enterprise and head west to head up marketing, and then the overall western Jamaica operations of food distributor Chas E. Ramson.

Global Outsourcing Solutions is a joint venture with another young entrepreneur, Damion Austin, who now runs the day-to-day operations as chief operations officer.

Crump, 52, pays tribute to his mother, now deceased, whom he says instilled in him the principles of hard work, diligence, decency and honesty. He is grateful, too, for the business practices he learnt from John Ramson while he worked for the food supplier. He speaks highly of the late president of the Montego Bay Chamber Pauline Reid and veteran Montego Bay businessman Godfrey Dyer, who provided guidance and encouragement.

His BPO business now has what he describes as "a relatively small core" of overseas clients who are looking to expand the parts of their operations that they outsource. Crump points out that his client base is now solid with several being blue-chip, Fortune 500 firms. While being reserved about naming them, he says it is better to stick with a small core of high-quality companies to do business for, rather than many non-paying clients.

In previous years, Crump says he has had to sever ties with some clients who proved unreliable with their payments for services, even though it sometimes pays off to be lenient and supportive with reputable firms that might be experiencing temporary cash-flow difficulties. When they emerge from their challenges, they tend to do more business with partners who stuck with them in the hard times.

The lure of Jamaica as a destination for mainly United States companies to outsource aspects of their business, such as debt collections or technical support, Crump believes is connected to the human-resource talent that resides in the country. Actual sales from calls are said to be higher in Jamaican call centres than in places like the Philippines and India, where many mega BPO facilities some said to be as large as 300,000 seats exist.

The fact that many Jamaican high-school and college graduates speak good English and the country being nearer to the US and Canada are also pull factors. Not to be outdone is the vast improvement in the telecommunications infrastructure in Jamaica over the years and the introduction and expansion of hardy, reliable fibre links for Internet connectivity.

Global Outsourcing has considered purchasing its own operating facilities, but the Free Zone has proven to be secure location that provides a high comfort level to its BPO tenants and the companies that outsource to them. Rent is also believed to be affordable compared to elsewhere.

The Special Economic Zone (SEZ) arrangements being implemented by the Government with their requirements of up to 12.5 per cent tax on profits, and fees of US$10,000, are proving problematic for companies such as Global Outsourcing. The Free Zone designation - which is being phased out to conform with WTO rules - provides tax-free status to firms operating there.

The new SEZs are bound to make BPO firms uncompetitive, Crump states, pointing to other jurisdictions where investors are being offered tax-free and rent-free incentives. The SEZ seems certain to increase costs for BPO operators who would in turn have to pass on these increases through higher fees to their clients, a move that runs counter to the whole rationale for outsourcing.

Crump is pitching for additional government support along the lines of more ready-to-use BPO space to grow the total seat count which is still low in the region of 22,000.

Montego Bay appears, too, to be now short of available talent as many graduates shun call centre work, which by Crump's account, provides some agents with a base salary in the region of $130,000 per month. To this can be added commissions on sales and a rage of other performance bonuses including attendance and punctuality incentives.

Some persons travel to work in the BPO sector in Montego Bay from as far as Port Antonio and Spanish Town. With Davon Crump's Portland connections and having attended Fellowship All-Age and Titchfield High School, albeit for only a few months of first form, Global Outsourcing Solutions Limited would like to set up an operation in Portland, but is discouraged by the absence of reliable Internet service there.

Crump, whose forest ranger father died when young Crump was only eight years old, prompting the family's move to Kingston, says his foray into business has been a learning experience, and he cautions would-be entrepreneurs to ensure that they have in place financing for at least six months of operations before taking the plunge.

As for Global Outsourcing's future growth prospects, its president continues to be hopeful and resolute.

"The faint of heart would have called it a day. I, Davon Crump, will not call it a day. I will persevere."