Oran Hall | Denied by NHT but desperate for a home 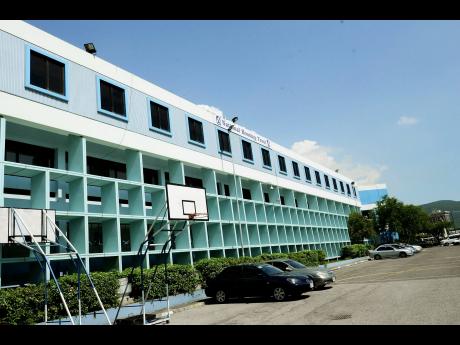 QUESTION: Please, I need your advice. I am a 44-year-old female working in Mandeville for 22 years. I applied for one of the Perth lots but did not get through. Please advise me. I need a house. Where I am living now is my father's house, and I am married, so you can imagine that I need a place of my own. I really would prefer to pay a mortgage instead of rent. Please help me. I am desperate and I'm getting too old to not have my own.

FINANCIAL ADVISER: The National Housing Trust (NHT) selects beneficiaries for the housing lots it makes available for sale to its contributors by a points system based on the period over which contributions were made 20 points for each year of contribution; affordability, which is expressed as earning a minimum weekly income and proximity to the lots. I am not in a position to say why you were not selected.

It is evident that you have not previously received a benefit from the NHT, so that could not account for your non-selection. For general information, contributors who previously received an NHT benefit can qualify for the '15 Plus Loan', meaning that they can get a second loan 15 years after the first but for $1.5 million at most.

A newspaper report two years ago stated that 15 of the 245 lots allocated to beneficiaries in the Perth Scheme were not taken at the time of the report. Such lots are usually returned to the pool to be allocated to contributors who applied but were not selected in the first round of selection.

Two reasons given for the deals not being closed were beneficiaries changing their minds and beneficiaries not meeting the income requirement. In the latter case, they did not meet the debt service ratio, which requires that the contributor's mortgage not exceed one-third of their gross income.

You indicated that your husband also works in Manchester. The loan limits are higher today than when you applied. Today, jointly, you could qualify for $5 million, or $2.5 million each, for a house lot; or $11 million overall, $5.5 million each, which is the non-homeowners loan limit for each contributor. The difference of $6 million could go towards the construction of your house by way of the Construction Funds Loan product.

As you would have noticed from what I stated above, being selected for a lot does not mean that the beneficiary will necessarily end up owning a lot. After the selection, the contributor is required to attend an interview, taking the required documents. Contributors who prove their eligibility for the benefit but who need funds in addition to the NHT loan to cover the cost of the lot, must prove their ability to pay the difference by presenting a bank statement or a letter from a financial institution.

The NHT Serviced Lot Loan requires payment of a 2 per cent service charge, which is included in the loan, and closing cost of $3,500. No deposit is required as is the case when land is bought on the open market. The payment of the closing cost is necessary to facilitate the name of the contributor being registered on the title thereby opening the way for the next step - construction - for which the construction loan from the NHT can be used.

In case you are wondering why persons who pre-qualify do not eventually qualify, the NHT explains further that contributors do not always have all the documents required for the interview. In other cases, the proof of income presented does not support the income stated on the application.

Do not let your dream die. Bear in mind that the NHT also gives loans to buy land being sold by private individuals and companies. I know that prices are rising, but be patient and do not rush, lest you make a decision you will regret.