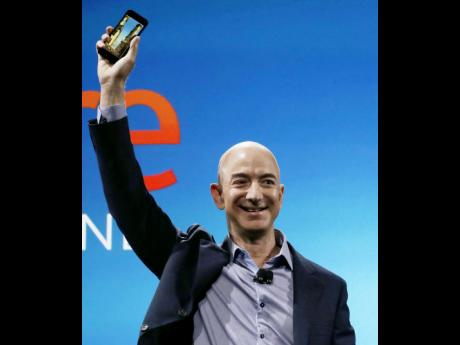 Amazon, the internet goliath that revolutionised the way much of the world shops for books, toilet paper and TVs, hit a new milestone Tuesday. Its stock surpassed the $1,000 mark for the first time.

That price put Amazon's market value at about US$478 billion, double that of the world's biggest traditional retailer, Wal-Mart, and more than 15 times the size of Target. A US$1,000 investment on Amazon's first day of trading in 1997 would be worth more than US$500,000 today.

Not only has Amazon changed the retail landscape since it became a public company 20 years ago, it's now part of a small cadre of high-flying stocks belonging to companies that have defied Wall Street and shunned stock splits.

Those splits make the stock more affordable and generate brokerage fees. But companies like Amazon have chosen to reward its long-term investors.

The last time Amazon has split its stock was nearly 18 years ago, according to financial research firm FactSet.

Another company with a similar philosophy is Alphabet Inc., the parent company of Google.

Since launching a website to sell mostly books in 1995, Amazon has transfigured retail, sent revenue numbers to stratospheric heights, and is among the biggest reasons long-time powerhouses like Macy's, Borders bookstores and even RadioShack have suffered.

Those companies are closing locations and Amazon is filling the void, sometimes literally.

Last week in a location once occupied by Borders, which went out of business in 2011, Amazon opened its first bookstore in New York City.