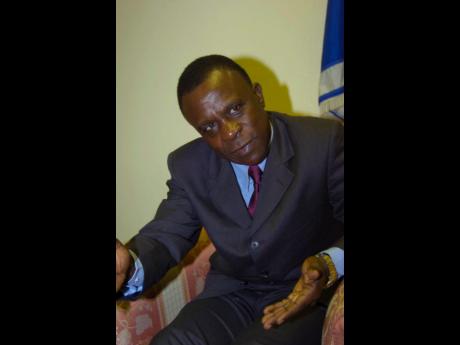 The Grenada government says it is concerned the main shareholders of the Grenada Electricity Company, Grenlec, has sought outside intervention over a contractual dispute.

On May 5, Grenada Private Power Limited (GPP), which holds a 50 per cent stake in Grenlec and its parent company WRB Enterprises Inc, filed a request for arbitration with the International Centre for Settlement of Investment Disputes (ICSID), an arm of the World Bank.

"The purpose of this arbitration is to enforce the government of Grenada's contractual obligation to repurchase the 50% Grenlec shareholding that government previously sold to GPP," Grenlec said in a statement.

GPP and WRB sought ICSID's intervention in a follow-up to a formal share repurchase demand that it submitted to the Grenada government on March 22.

In a statement Monday, the Keith Mitchell administration charged that GPP/WRB sought international arbitration, "in a premeditated action" to escalate the dispute, "instead of engaging with the government to resolve the matter in a way that helps consumers and benefits the people of Grenada".

"GPP/WRB is not even paying their way," the administration charged. "Instead, they are using Grenlec monies to pay for international experts to help them in the dispute between two shareholders - a cost which is borne by consumers, the same Grenadian people who already are burdened by the company's exorbitant electricity charges, and who would bear the burden of the huge sums GPP/WRB is trying to force the government to pay for their shares."

The government said it is maintaining its position that Grenadians should not be forced to bear an unfair financial strain, and that its actions take the complaints of local and foreign and local businesses about "weighty electricity costs that also inhibit investment" into account.

"Our mandate and our implementation of the Public Utilities Regulatory Commission Act and the Electricity Supply Act provide for correcting all of this, by promoting a favourable investment climate, and providing cleaner, more efficient energy and cheaper electricity costs. As such, we continue to seek good-faith, amicable negotiations with GPP/WRB, as we started doing several years ago when we moved to reform the electricity sector."

The repurchase demand is in line with a Share Purchase Agreement (SPA) between the government, GPP and WRB entered into when the Grenlec was privatised in 1994.

It requires the repurchase to be completed within 30 days of government's receipt of the demand.

Grenlec said Grenada's failure to respond to the demand left GPP and WRB with "no alternative means for protecting their contract rights other than by pursuing the ICSID arbitration as dictated by the SPA".

However, it also noted that the shareholders remain open to "comprehensive and collaborative negotiations with the government".

GPP chairman Robert Blanchard, who is also WRB's president, said during the past three years, Grenlec, GPP and WRB "have made every possible effort to initiate good-faith, collaborative negotiations" with the government.

"Unfortunately, government has consistently elected to rebuff these efforts by the Grenlec team, opting instead to pursue a unilateral approach for restructuring every aspect of how Grenlec's system should be owned, operated and regulated," Blanchard added.

The repurchase demand for GPP's 50 per cent ownership interest in Grenlec amounts to EC$176.65 million. The Grenada government is disputing the price.