PIOJ banking on Alpart for above normal growth 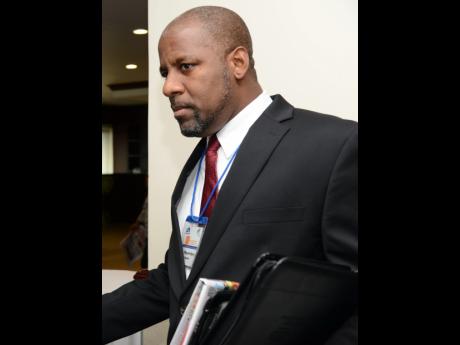 The Jamaican economy having remained flat for the January to March 2017 quarter, the Planning Institute of Jamaica (PIOJ) is banking on the resumption of alumina production at Alumina Partners of Jamaica (Alpart) in St Elizabeth to contribute the lion's share of a projected two to three per cent expansion in output for fiscal year 2017-18.

PIOJ Director General Dr Wayne Henry said growth in the mining and quarrying industry, which contracted by 10.8 per cent in the quarter to March 2017, is forecast to expand by 40 per cent in fiscal year 2017-18.

That was counterbalanced by the impact of adverse weather conditions on the productive industries, particularly agriculture, forestry and fishing, as well as mining and quarrying, Henry said in reviewing the economic performance at a press briefing at the PIOJ's New Kingston office on Tuesday.

The goods-producing industry contracted by 1.1 per cent; while the agriculture, forestry and fishing industry declined by 2.5 per cent due to lower output for the heavier-weighted component, other agricultural crops, down five per cent, reflecting lower production in five of the nine crop groups.

In contrast, output in traditional crops is estimated to have increased by nine per cent, mainly reflecting growth in sugar cane, up 20.5 per cent, and bananas, up 18.1 per cent. However, coffee and cocoa production declined by 65.4 per cent and 23 per cent, respectively.

All industries in services recorded expansion in output with the exception of the producers of government services, which contracted by 0.1 per cent.

Henry said growth for the economy in the quarter to June is projected to be in the range of 0.5 to 1.5 per cent based on the anticipated strengthening of the performance of most industries relative to the corresponding period in 2016.

For fiscal year 2017-18, real gross domestic product growth is projected within the range of 2-3 per cent and is based on increases in both the goods-producing and services industries, he said.

"This baseline forecast is largely predicated on the resumption of alumina production at Alpart, Jamaica's largest alumina refinery," Henry said.

It is also based on plans for expansion of the plant as well as additional value-added production, "as in foil paper, in the medium to long-term, and is a significant development which will positively impact the growth trajectory going forward," said the PIOJ head.

"However, this baseline forecast may be exceeded if major projects which are not included in the baseline are implemented. These include major infrastructural projects in tourism, port expansion, special economic zones, and road works."

Increased economic activity is expected to be supported by an increase in global growth and favourable weather conditions, which would facilitate improved agricultural production, said Henry.

The economic growth outlook for fiscal year 2017-18 is also based on efforts to ensure the effective and timely implementation of government-supported capital projects and expansion in the tourism industry with the construction of additional rooms, which will provide an impetus for stronger growth in the industry in excess of three per cent.

It is also based on the continued implementation of macroeconomic reforms which will foster greater stability in the economy and boost investor and consumer confidence, Henry said.