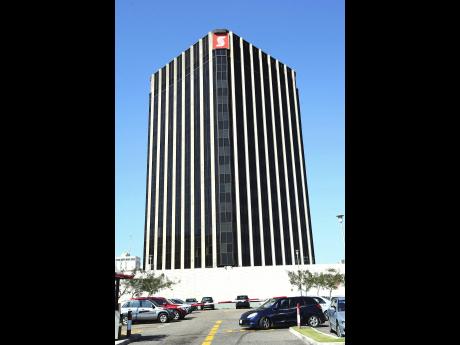 A representative of the Bustamante Trade Union (BITU) said on Friday that the 100 jobs on the chopping block at Scotiabank Jamaica remains the subject of negotiation and that the intent is to reduce the number of positions to be made redundant.

It's understood that the cuts will affect four departments that deal with back-office functions and that those operations will be outsourced.

The BITU representative said that the union wants proof from the bank that outsourcing to locations such as Trinidad would result in better performance than the work done by Jamaican workers.

Scotiabank is on efficiency drive and has previously said that it is creating centres of excellence in the Caribbean as focal points to serve clients. It confirmed earlier in the year that staff to be cut included back-office roles and other service staff.

The BITU representative who spoke in background and on condition of anonymity said that several strategies were being considered to reduce the number of staff to be cut from 100 projected in March.

"Scotiabank is operating centres of excellence, a zone in which certain countries are doing better than we are, so most of the jobs will be migrated," he explained.

Trinidad & Tobago, he said, was likely to be the destination for the jobs to be shifted, but he insisted that the bank has "not demonstrated that others are indeed better.

"Neither did local workers, by way of review, get the opportunity to improve," he said.

Scotiabank recently opened its first regional back-office hub, an investment of US$15.5 million, in Trinidad soon after RBC Royal Bank opened its own back-office service centre in Port-of-Spain, pulling together support services for clients in Trinidad, Suriname ,and the Dutch Caribbean.

The unit in Caribbean South, as described by the bank, provides centralised delivery of non-core functions for the business in the English Caribbean/Caribbean South hub, "complementing the bank's goal of improving productivity, enhancing service, and reducing costs".

Scotiabank has otherwise set medium-term targets under a cost-efficiency programme aimed at delivering a 200-250 basis point improvement in its productivity ratio by 2019. The majority of the additional efficiency measures relate to lower operating costs.

Scotiabank Jamaica did not respond to requests for comment on the redundancies up to press time. The BITU representative told Gleaner Business that in Jamaica, strategies being considered to reduce workforce cuts include retraining staff, improved separation packages for those who have not objected to job separation, and looking at areas of the business that can facilitate those who wish to remain in the bank's employ.