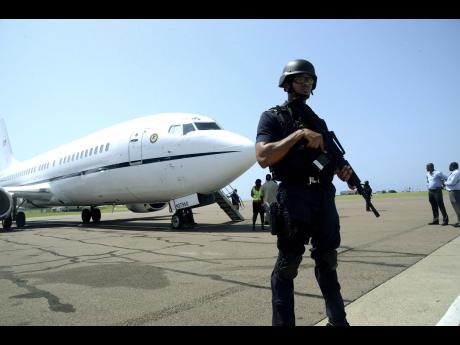 A South Florida man was sent to prison in connection with the operation of a Jamaican-based fraudulent lottery scheme, the Department of Justice announced today.

He pleaded guilty on March 22 to one count of mail fraud in the Southern District of Florida, the Department of Justice said in a release.

As part of his guilty plea, Shaw acknowledged that, from around September 2013 to around August 20l5 he participated in a scheme to defraud victims in the United States and unlawfully enrich himself.

“Financial schemes designed to defraud unsuspecting victims will be prosecuted to the fullest extent of the law,” he added.

As part of the scheme, victims throughout the United States received telephone calls in which they were falsely informed that they had won over $1 million in a lottery and needed to pay money in advance to claim their winnings.

Victims sent over US$100,000 to Shaw, who then forwarded a portion of the money to Jamaica.  Victims never received any lottery winnings.

“Lottery scams tied to Jamaica are targeting victims in the United States, and we will not allow fraudsters to use the U.S. mail to commit their crime,” Gomez added.