Factories Corporation to undertake $4.8B development in St. Thomas 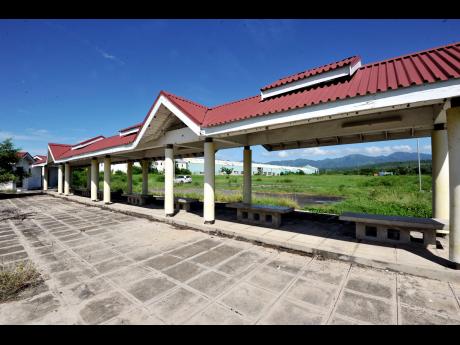 The Factories Corporation of Jamaica (FCJ) said $4.8 billion will be invested to convert the old Goodyear factory in St. Thomas into a facility to be known as the Morant Bay Urban Centre.

FCJ said it will be leading the development to create an integrated light manufacturing, industrial, commercial and retail complex which will see the amalgamation of essential services provided by the government, supported by additional services offered by the private sector.

This will be complimented by social amenities such as a museum and a recreational park, giving rise to the development being described as a “one stop shop”, the FCJ said in a release.

The 365,000 square-feet centre will house the St. Thomas Municipal Corporation, supported by a town hall and a conference centre.

There will also be an area known as Justice Square to incorporate services offered by the government, including a Family Court and the Parish Court.

Also included in the centre will be financial institutions, a library, a medical centre, a wellness centre, a day care, space for a tertiary institution, a food court, shopping facilities, a purpose built manufacturing and industrial space for small, medium and large enterprises, as well as space for business process outsourcing.

Wind turbines and photovoltaic systems will be installed to supplement the energy requirements of the centre, resulting in a possible saving of 60 per cent of the cost.

An integrated water harvesting system, which includes the use of ponds, will be employed to supplement the water source for fire-fighting and landscaping and ultimately reduce the strain on the drainage system and minimize flooding.

The Goodyear factory, which was used to manufacture tyres in Jamaica, closed its doors in 1997. Since then, despite numerous efforts to utilise the facility it has remained idle, the FCJ said.

In announcing the development last week in Montego Bay, Prime Minister Andrew Holness described it as a game changer.

“We are creating an ecosystem for business and at the same time building out a new well-organised township,” he said.

“That is a major investment that is being led by Factories Corporation of Jamaica,” Holness said, adding that “that is an example of how we will make it easier to do business in Jamaica and we are going to replicate this right across Jamaica.”