Guardian Life to pump $6b into real estate 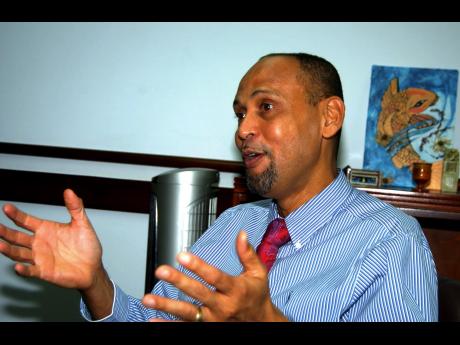 Guardian Life Limited (GLL) will launch its first real estate development project in mid-June, a $6-billion initiative intended to speed up investment returns for the life insurance company, according to president Eric Hosin.

The residential development will be done in two phases over three years on property owned by Guardian Life at Musgrave Avenue in Kingston.

The company is building 238 residences targeted at the middle-income market.

Hosin declined to share the projected return on investment, but said the housing project promised higher returns than those currently being garnered from insurance.

Last year, New Kingston-based Guardian Life which ranks number two in the insurance market with $66 billion in assets, registered declining net profit. The company made $3.8 billion compared to $4.6 billion the year before. Its net results from insurance activities fall from $3.65 billion to $2.6 billion at year ending December 2016.

As observed by Hosin in a letter describing the planned real estate project, "the Jamaican investment landscape has changed significantly over the last five years, making it more difficult for businesses like Guardian Life to make reasonable returns from traditional sources".

That prompted the company to seek out more lucrative fields for investment.

"We have identified the real estate market, specifically development of residential property, as an avenue for improving investment returns in the medium term," Hosin stated.

Phase two will encompass another 172 residences spanning two buildings that will rise to seven and nine storeys on 3-acre property. That development at 2-4 Musgrave Avenue will include a jogging trail, among other amenities befitting what the company describes as the 'contemporary Caribbean lifestyle'.

GLL itself will launch its real estate initiative company-owned property, which it proposes to develop in two phases over the next three years.

Hosin declined to disclose the selling price of units saying that all the information will be given at the ground-breaking ceremony for the project on June 14 but noted that the target demographic for both developments as "young professionals, small families, expatriate, upper-income investors along with pension and property funds".

The Guardian Life head said the three-year project is expected to create 230 jobs for skilled and semi-skilled workers over the construction period.