Ryan won't commit to timetable for US debt ceiling increase 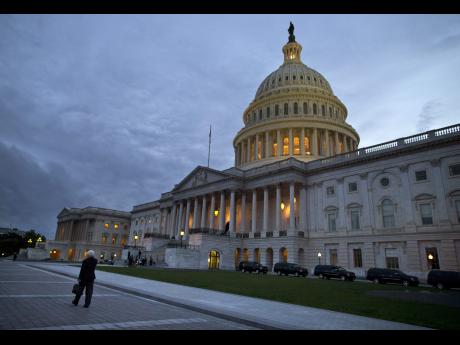 United States House Speaker Paul Ryan said on Wednesday that he won't commit to holding a vote to increase the government's borrowing authority this summer.

The Wisconsin Republican instead says the House will vote on such debt legislation before the government defaults but not necessarily by an August deadline requested last month by US Treasury Secretary Steven Mnuchin.

"We're going to address the debt ceiling before we hit the debt ceiling," Ryan told reporters. Some analysts think Mnuchin is being overly cautious when setting the August deadline.

Increasing the so-called debt limit is needed to avert a first-ever default on United States obligations such as interest payments and Social Security benefits.

Increasing the debt limit requires legislation by Congress and is invariably a headache. Conservative Republicans say they would like to condition lifting the government's almost US$20 trillion borrowing limit on passing cuts to other government programmes.

Mnuchin wants an increase in the debt limit as quickly as possible and has said spending cuts can wait until later.

But White House budget director Mick Mulvaney has said he would like spending cuts to accompany a debt increase. Such a public difference of opinion is unusual, but it has now become clear the Mnuchin is taking the lead for the administration.

Ryan won't commit to a debt measure that's free of add-ons. He supported the most recent debt increase, negotiated with the Obama administration, which was paired with a two-year budget plan that lifted agency spending limits and imposed modest spending cuts.

"We're going to work with them on this," Ryan said. "We're having long, ongoing conversations with our members about how to address this and we'll address it before we hit the debt limit."

"I think it's not a responsible vote to vote against a debt limit that is clean," Hoyer said.

The government has officially hit its borrowing capacity, but Mnuchin is using accounting manoeuvres to maintain the government's solvency for the time being.

Mnuchin hasn't publicly said when Treasury will run out of options to avert a default, but outside experts have estimated that the government probably won't run out of money until September or later.