Access gets inroad to state workers with takeover of Damark 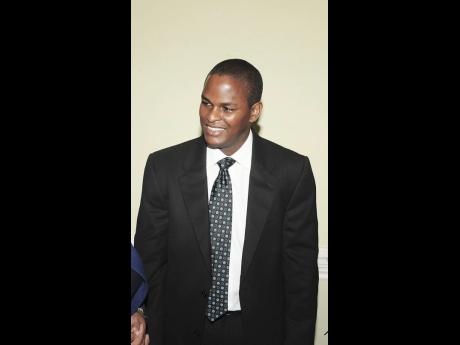 Access Financial Services (AFS) Limited bought up rival microlender Damark and has merged that business with its own, but plans to hang on to the trademark for now.

The deal, worth $180 million, gives Access greater inroads to the market segment for government workers.

The acquisition of Damark Limited occurred in May 2016, but Access disclosed the transaction for the first time in its newly released earnings report for year ending March 2017.

The merger of the loan portfolios helped to push the value of Access' loan book up by half-billion dollars, or 24 per cent, to $2.62 billion.

Damark's loan portfolio was valued at $148 million in the acquisition deal, under which Access purchased the smaller outfit as a going concern, including its loan portfolio, fixed assets, trademark and customer relationships.

'Customer relationships' was valued at nearly $22 million under the transaction. Access Financial CEO Marcus James said the valuation, which included computation of the fair value of intangible assets, represented an estimate of incremental revenue expected to accrue to Access from the acquisition of Damark's customer base.

"Damark has a strong presence in the government sector as the company is focused primarily on lending to civil servants. The acquisition has resulted in an increase in our overall client base and loan portfolio size," said James.

At acquisition, Damark had a customer base of around 1,400. Access will retain the Damark name, "not only for its brand equity, but also because it is a differentiator in the market place," he said.

As to his company's acquisition strategy going forward, James indicated that Access was willing to buy if the right deal came along.

"We are focused on growing our loan portfolio and customer base and, ultimately, delivering value to our shareholders. If opportunities arise to achieve these objectives, then we will seize them," he said.

Access Financial's last acquisition was in March 2015 when it took over the loan portfolio of Asset Management Company Limited (AMCL), a subsidiary of Proven Investments Limited, for $439 million. Access also took control of the AMCL offices at 46 Trinidad Terrace, which become an AFS branch.

Proven Investments Limited is the single largest owner of Access Financial with a 49.27 per cent stake in the microfinancing company.

In its core business of writing loans, however, Access' interest income underperformed the previous year in a market where rivalry is high and the competition is increasing.

The number of loan companies was estimated last year at 130, James said, but he shrugged off its implications for market share.

"We have increased the company's profitability every year since inception and we are very focused on continuing this trend," he said. "The key drivers of our profitability will be offering exceptional customer service, focusing on the efficiency of our operations and ensuring that our 200 team members are motivated to deliver results."

Alongside the rising small lenders, James said there is also encroachment from commercial banks, which "have also increased their lending activities in the sector".

Still, he said, the total size of the sector remains unknown.

Access itself does more than $1 billion of business annually. Cost control and efficiency are key to maintaining a competitive edge, James noted.

"Our management team has been on a drive to improve our operational efficiency, which has seen us passing on these savings to our customers through reduced interest rates. This will continue to be a key strategic initiative going forward," he told the Financial Gleaner.

He noted that Access has reduced interest rates to both personal and micro business clients. "Additionally, we have increased lending to the SME market at lower interest rates," he said.

James took his company public in 2009 as the pioneer listing on the junior stock market, nearly a decade after he founded the company in 2000.

As one of the largest players in the microfinance arena, Access is valued at $3 billion by total assets, and operates from 17 locations nationwide.

In its most recent financial year, the company reported interest income of $1.26 billion, down from $1.34 billion the previous year. Fees and commissions added another $222 million to revenue, up from $192 million last year.