Automatic braking to be standard on top-selling Nissans 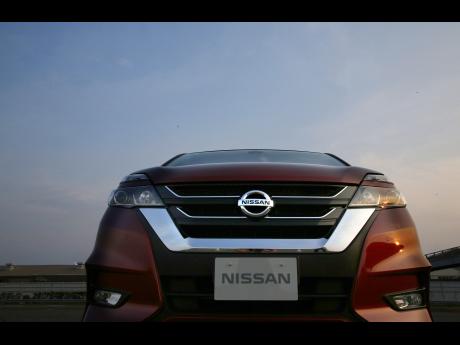 Nissan plans to make automatic emergency braking standard on seven of 18 US models for the 2018 model year, putting the safety feature on most of its top sellers.

The company also pledged to make the system standard on 90 per cent of its models in two years, and to have it on all models before 2022.

It's the second automaker to commit to making automatic braking standard on its whole model line-up. Toyota is moving faster, saying the feature will be on all but a few models by the end of 2017.

Last year, 20 automakers representing 99 per cent of United States new-car sales signed a voluntary agreement with the government to make the feature standard on all light vehicles by September 1, 2022. But moves by Toyota and Nissan show that the industry may be moving faster than that as the technology cost falls.

The systems use sensors such as cameras or radar to spot objects in front of a car and either stop or slow it to prevent or lessen the impact of a collision.

Research by the Insurance Institute for Highway Safety shows that if the systems were on all cars, they would reduce rear-end crashes by 40 per cent. The National Highway Traffic Safety Administration believes that the systems could prevent 28,000 crashes and 12,000 injuries per year.

Nissan says the seven models getting the standard feature comprise about 70 per cent of it for a million vehicles per year. They include the Rogue, Altima, Murano, Leaf, Pathfinder, Maxima and Sentra. The feature still will be optional on Nissan's Infiniti luxury brand models.

Company research shows that safety features are a strong selling point with buyers, said Michael Bunce, Nissan North America's vice-president of product planning. "Once you experience it, it's a very compelling technology," he said. "You wonder how you lived without it."

The company said that even with the new technology, it expects to hold any price increases for the next model year to the normal range of around one or two per cent.

Nissan will add the feature as the electrical architecture is redesigned on each of the remaining models, Bunce said.