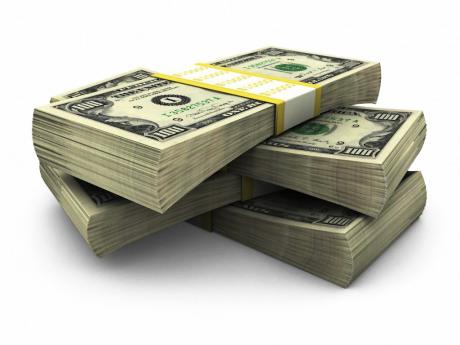 Jamaica was the leading recipient of foreign direct investment (FDI) inflows in 2016 among the English-speaking Caribbean and small island developing states (SIDS) group, according to the World Investment Report 2017 released on Wednesday.

Despite recoveries in some leading host economies, fragile FDI inflows to SIDS shrank for the second consecutive year, it said.

Although flows into the 10 Caribbean economies in the group slipped to US$2 billion, down 13 per cent, they still absorbed almost 60 per cent of total inflows to the 29 SIDS members, said the report published by the United Nations Conference on Trade and Development (UNCTAD).

The largest recipient economy in the region was Jamaica, followed by The Bahamas and Barbados. The third-largest host economy in 2015, Trinidad and Tobago, saw its FDI flows turn negative.

After a high of US$925 million in 2015, FDI inflows to Jamaica retreated to US$856 million, down seven per cent, as new investments in tourism and infrastructure slowed down, the report said.

It noted that in mining, China's Jiuquan Iron and Steel acquired a bauxite mining company, Alumina Partners of Jamaica, for US$299 million from a Russian investor, UC Rusal.

"This is an important project, though this cross-border M&A (merger and acquisition) sale did not generate additional FDI flows to Jamaica during the year," said the UNCTAD report.

The top five FDI recipients in 2016 - Jamaica, The Bahamas, Maldives, Mauritius and Fiji, in that order - accounted for 70 per cent of total FDI received by all SIDS. This share exceeds 90 per cent when another five SIDS - Barbados, the Seychelles, Antigua and Barbuda, Cabo Verde, and Saint Vincent and the Grenadines - are counted.

The report said that although FDI flows in SIDS remain insignificant in global terms (0.2 per cent), as well as compared with the total of all developing economies (0.5 per cent), SIDS depend heavily on foreign investment: inward FDI stock represents over

80 per cent of their

gross domestic product, compared with about 30 per cent in all developing economies.

It said analysis of announced greenfield FDI projects in 16 island economies, including seven SIDS, confirms a relatively strong correlation between the level of economic diversification and the number of FDI projects.

Among the seven SIDS with registered projects, Jamaica was the most successful in attracting diversified FDI. The others were The Bahamas, Fiji, Maldives, Mauritius, Papua New Guinea, and Trinidad and Tobago.

Jamaica's leading position is also confirmed by the sectoral distribution of its FDI stock and the cumulative value of announced greenfield projects, UNCTAD said.

Furthermore, Jamaica has attracted the majority of infrastructure public-private partnerships (PPPs) in energy and transport in SIDS.

During the 2011-2015 period, just nine infrastructure PPPs - including five in energy and two in transport - were developed in SIDS economies, of which five - three energy projects and both transport projects - were implemented in Jamaica, for a total value of US$1.2 billion.

The World Investment Report said FDI flows to SIDS and remittances have been the most important sources of development finance.

Despite their relative instability, in the last three years (2014-2016), FDI flows slightly exceeded remittances, with an annual average of US$4.3 billion as compared with US$4.1 billion. The bulk of FDI was absorbed by the Caribbean SIDS, and nearly 60 per cent of remittances flowed to Jamaica alone, it said.