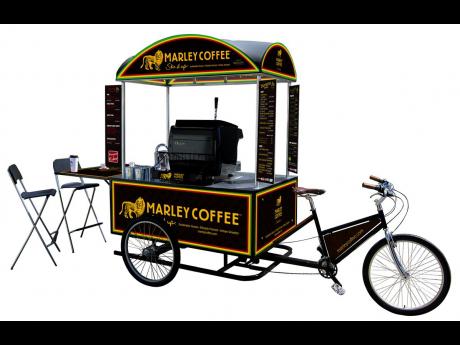 Jammin Java Corp, based in the United States, is expected to pay out nearly US$2.46 million for trademark infringement to two Marley family-controlled companies that own the intellectual property to the Marley name.

The award from the California District Court amounted to full gross revenue from Marley Coffee products over a six-month period. Judge Stephen Wilson ruled that Jammin Java was unable to show any costs associated with the trademark.

Jammin Java, which once traded as Marley Coffee, was sued by 56 Hope Road Music Limited and Hope Road Merchandising LLC for alleged breach of contract, interference with prospective economic advantage, trademark infringement, among other claims.

The American company counterclaimed, alleged breach of contract, breach of the implied covenant of good faith and fair dealing, and interference with prospective economic advantage.

In 2012, the Marley family companies entered a trade-mark licensing agreement with Jammin Java to allow the sale of Marley Coffee. But the companies terminated the long-term licence in June 2016, citing non-receipt of royalty payments.

The Marleys requested around US$2.46 million in damages, which it said was what Jammin Java earned from unauthorised sales during the period July 2016 to January 2017.

"It is essentially undisputed that the defendant is liable to the plaintiffs for trademark infringement," Judge Stephen Wilson concluded in his judgment. He cited filings by Jammin Java to the Securities and Exchange Commission as late as December stating it was "doing business as Marley Coffee, using the Marley Coffee brand name.

"The court now finds the plaintiffs are entitled to trademark infringement damages in the amount of US$2,458,835.20, the amount they requested."

During the court hearings, Jammin Java president Anh Tran said without a licence the company would default on its obligations under various supply and distribution agreements, lose its customers, and be forced to terminate staff.

"Combined, these things all result in great and irreparable harm to JJC. Simply put, the company will die," Tran had argued in an earlier application for injunctive relief from the court after the Marley companies gave notice that the licence would be withdrawn.