PanJam to pay off commercial notes with new debt 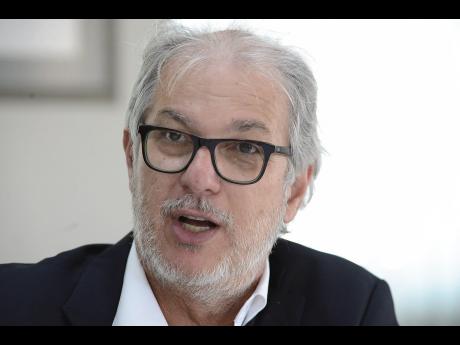 PanJam Investment Limited raised $2.7 billion from a new bond, issued in two tranches, a portion of which will pay off maturing debt in its third approach to the market in two years amid continued investment in hospitality.

The real estate and private equity conglomerate raised $1.2 billion fixed at 8.25 per cent interest on a bond that matures in 2020. It raised another $1.49 billion which will pay interest initially at nine per cent for four years and then varies at two per cent above the six-month Treasury bill rate for the next four years to 2025.

"PanJam raises funds as a normal course of business," said Chairman and CEO Stephen Facey. "Our most recent debt issuance was primarily based on a need to repay $1.15 billion of commercial notes coming due this year. The additional funds raised will be used to meet ongoing corporate needs."

The commercial notes to be paid off were last estimated to be paying interest at around 8.81 per cent. The debt was backed by a portion of PanJam's holdings in Sagicor Group.

PanJam and Canadian partner Downing Street are redeveloping the former Oceana hotel on the Kingston waterfront. The project, called Caribbean Place, will include condominiums for sale to investors, a small hotel, and commercial space at the ground level, which has already been rented to the Accountant General's Department.

Caribbean Place follows a 129-room hotel project, Courtyard by Marriott, that was developed with Costa Rican partners and opened for business in New Kingston in 2015.

The conglomerate last raised $340 million last year for the Oceana transformation. It raised $3 billion in mid-2015, mostly to repay debt.

"PanJam continually evaluates and invests in opportunities that arise. As we make material investment decisions, we routinely share this information with our shareholders and the investing public," said Facey.

"These opportunities vary considerably in size. As such, we fiercely protect the strength of our balance sheet, which can provide us with the capacity to invest in large assets in a timely and financially efficient way."

PanJam had $5.3 billion of outstanding loans up to March 2017, equating to one-fifth of its $26.7 billion capital base.

The funds raised on June 1 grow its loans to $8 billion.