Telecoms to cut fixed-line termination rates by up to 90% 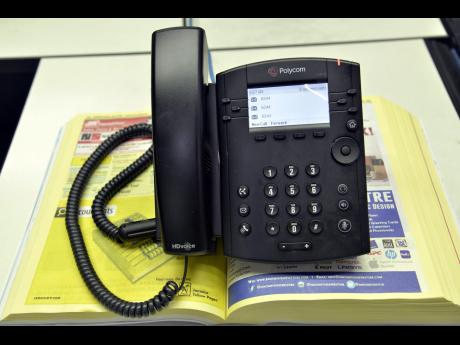 Termination charges for phone calls that connect to fixed-line phones, or wholesale rates, are to be cut by 70-90 per cent, starting next month.

A reduction in termination rates is expected to lead to cheaper phone calls for subscribers.

The telecoms, however, said it needed time to study the impact of the rate reduction outlined in a new determination notice from the utilities regulator.

"We are currently reviewing the document which was just published. Any comment at this time would be premature pending the completion of our internal exercise," said Kayon Wallace, director of corporate communications and stakeholder management at Flow Jamaica.

Digicel had a similar reaction.

"Digicel is still evaluating the impact of the decision on its business and on the wider market," said Digicel Jamaica head of communications, Elon Parkinson.

Rates will glide to lower levels over a three-year period starting next month, according to a directive issued by the Office of Utilities Regulation (OUR) on Wednesday.

In its Cost Model for Fixed Termination Rates - The Decision on Rates, the OUR said it is aiming for a more cost-based service, using long-run incremental cost, or LRIC, modelling. It is a similar process that led the OUR to slash termination charges between mobile providers by more than two-thirds between 2012 and 2013.

At the time, peak retail prices between networks were over $14 per minute.

Starting July 1, the price of fixed-line termination charges will be adjusted as follows:

The determination follows industry consultations that began in 2015.

"In its deliberations regarding the implementation of a glide path, the OUR took note of the significant differences found between the current rates and the Pure LRIC rates and the impact that the immediate reduction of the rates to the Pure LRIC level would have on Cable &Wireless Jamaica (C&WJ) revenues," stated the regulator in the 64-page document.

"The first step of the glide path for fixed termination rates becomes effective on July 1, 2017, and remains in effect until December 31, 2017. The second step will become effective on January 1, 2018," the OUR said.

Its report also includes reductions on a raft of other termination rates on special services - such as call centres, toll free and weather services - from 2017 to 2020.

The OUR determination notice, however, appears to affect Flow rather than Digicel Jamaica's network. That's based on the legacy strength of Flow's fixed-line business and the OUR mandate to monitor issues of market leadership.