Walter Molano | Costa Rica and Guatemala: The rabbit and the hare 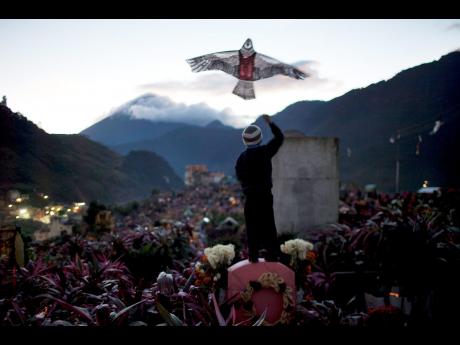 AP
A boy flies a kite in the cemetery on Day of the Dead in Zunil, Guatemala.

Guatemala has a reputation of being the backwater of Central America. Meanwhile, Costa Rica is known as a regional dynamo.

Guatemala clearly lacks the high-tech manufacturing facilities of Costa Rica and the textile maquilas of El Salvador. It does not have the suite of five-star hotels that grace the beaches of Guanacaste. Yet, its 30 million-strong population is starting to dominate the region, and it is becoming an important investment destination.

The budding skyline of Guatemala City is dotted with new office towers, apartment blocks and hotels. Shopping centres are sprouting across the city, and Guatemalan foreign-trained chefs are opening gastro-palaces throughout the city. In sophistication, service and style, 'sleepy' Guatemala is leaving its Central American peers far in the dust.

One of the economy's strengths is the constant capital flows sent by Guatemalans who have moved abroad. Strong family ties keep a steady stream of remittances flowing from the US and Europe.

In 2017, the central bank reported a noticeable increase in remittances. The monetary authorities blamed the increase on the election of President Donald Trump and his anti-immigrant rhetoric. Blocking and/or taxing remittances was one of his many campaign promises. The central bank's hypothesis was plausible, but the problem was that none of the other neighbouring countries reported similar increases. Remittances into Mexico and El Salvador expanded at a normal pace.

Nevertheless, the surge in capital inflows converted the quetzal into one of the world's best performing currencies in 2017. It also pushed the level of international reserves to almost US$10 billion, as the central bank was forced to intervene in order to prevent the currency from further strengthening.

This level of international reserves is quite impressive, given that Guatemala's GDP is less than US$80 billion. To put things in perspective, its import coverage is more than five months, and its external debt is only US$11 billion. This means that the country could just about cover all of its external obligations with its international reserves. The level of economic performance has also been solid, despite the slowdown across most of Latin America.

As a result of its strong economic stewardship, Guatemala's sovereign credit rating of 'BB' is now the second highest in Central America - right after Panama's investment-grade rating. Moreover, the country is expected to perform even better.

Plan to clean up corruption

One of the government's main initiatives is the use of a United Nations programme to clean up deep-seated corruption. The International Commission Against Impunity in Guatemala (CICIG) was given extra-ordinary powers to investigate and prosecute senior officials. As a result, it landed former President Otto Perez Molina and several of his cabinet members in jail.

The sanitation of the political system and the robust performance of the Guatemalan economy are the reasons why the country is slowly overtaking Costa Rica in reputation.

Earlier this year, Costa Rica was downgraded by Moody's to Ba3. To make matters worse, the credit-rating agency maintained a negative outlook on the country. One of the biggest challenges facing the Costa Rican economy is the poor performance of the fiscal accounts.

The government has been unable to reverse counter-cyclical fiscal policies that were introduced during the global financial crisis in 2009. As a result, the budget deficit has persisted above five per cent of GDP, leading to a steady increase in the country's debt-to-GDP ratio, which crested over 80 per cent at the beginning of this year.

Tax evasion is extremely high. Collection rates of 14 per cent make it one of the lowest in the Western Hemisphere. The Costa Rican government has not been able to push through a thorough fiscal reform, and the market is losing patience.

Still, Costa Rica is a country that rests heavily on its laurels; meanwhile, Guatemala is slowly catching up with its steady pace of political reforms and sound macroeconomic management.