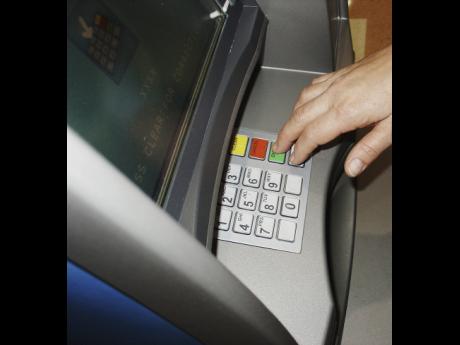 Providers of automated teller machines, ATMS, to Jamaica’s banks will be rolling out additional anti-fraud software to further increase the defence against fraudsters who have also stepped up their game in installing deep-insert skimmers at the banking outlets.

The Jamaica Bankers Association (JBA) indicates that fraudsters are changing tactics and returning to enticing sales personnel, cashiers and other point-of-sale users to skim the cards of unsuspecting clients.

Spokesman for the JBA anti-fraud committee, Lloyd Parchment, told Gleaner Business that fraud at ATMs is generally on the decline, but there was definitely an upswing about a month or two ago before the banks took measures to curtail the practice.

“Collectively, we are satisfied that the individual members are moving in the right direction, except that some are further along the road than others,” he said.

Parchment agrees that fraudsters are getting more sophisticated, “so as we plug one loophole they try to find another”, forcing the banks to attack the problem, proactively.

In late 2016, Jamaican bankers became aware of itinerant Chinese fraudsters who brought technology with them. Those devices were acquired by local fraudsters, who used them to defraud ABM customers.

The banks retrofitted their machines, but then a set of Romanians turned up with a different device which circum-vented what the institutions had done to fix the previous breach.

“So now that we are fixing the breach that the Romanians created, who knows what next?” said Parchment, who noted, however, that the banks were on the alert.

In a statement yesterday, the JBA said the island’s “banks are gripped with the harsh reality of fraud on a regular basis and are facing this scourge head-on.”

It said the banking industry has already spent hundreds of millions of dollars on training and seminars, anti-fraud investigators, monitoring and analysis tools, and anti-fraud hardware and software.

However, “recently, the fraudsters stepped up their game and have attempted ­ and at times succeeded ­ in installing deep-insert skimmers, which, to the trained and untrained eye, are difficult to be detected,” said the JBA.

As a result, members of the JBA, which control more than 90 per cent of the ATM network locally, have installed various anti-fraud devices such as skimming protection solutions and card protection plates, projects which are either completed or nearing completion for most banks.

“Our initiatives have reaped great rewards as attempts by fraudsters at installing unauthorised hardware in the vestibules ­ keypad overlays, card readers, door skimmers, pin-hole cameras, etc, are being detected,” the JBA said.
The current worry is skimming devices that are easily concealable.

“Additionally, some collusive merchants are allowing fraudsters to use cloned cards at their places of business to buy and spend inordinate sums of money,” said the JBA.
mcpherse.thompson@gleanerjm.com