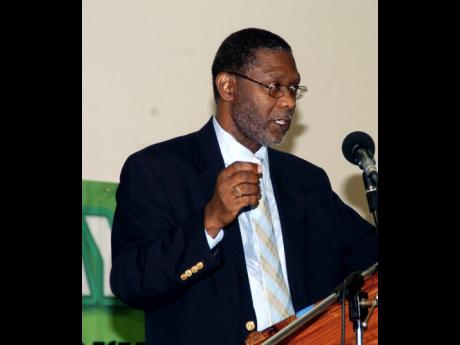 Jetcon shareholders approved a three for one stock split at the company's first general meeting as a listed company on Wednesday.

The unanimous vote clears the way for the execution of the split from 194.5 million to more than 583 million shares, set for June 26.

The Jetcon board wants to keep the stock affordable and in demand by the market. The stock is currently trading around $15, but will fall to a third of that level when the split is executed.

"My philosophy is that the stock market offers the cheapest form of promotion for any company," said Chairman John Jackson, following the meeting on Wednesday.

"If I have to advertise in the papers or on radio, I have to pay for every ad that I get. If I list on the stock exchange, you (the media) will be quoting my name every day that my stock trades. If my stock does particularly well, that means extra exposure. That is something that I can't pay for," he told the Financial Gleaner.

He earlier told shareholders that the company should benefit from the stock split since the added liquidity should increase the prospects for Jetcon shares to be more regularly traded.

The meeting also voted to increase Jetcon's authorised shares, which will quadruple to 1.2 billion ordinary shares. The chairman hinted at the possibility of other stock splits in the future, given the new ceiling.

Managing Director and company founder Andrew Jackson said Jetcon had exceeded expectations in its first year of operation as a listed company, and that with its current growth trajectory, the company is fast running out of operating space. He confirmed earlier reports that Jetcon will be expanding.

Jetcon has been in operation for more than 20 years. The company tapped the market with an initial public offering in March of 2016. The oversubscribed offering has left the company with 338 shareholders.