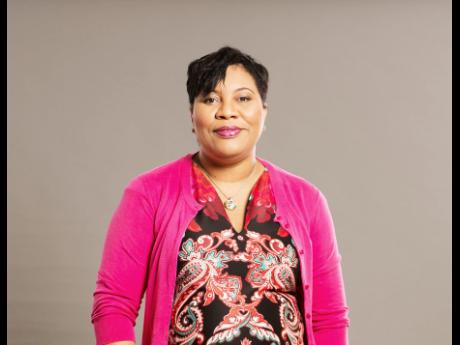 Salada Foods Jamaica has decided to shelve the ginger project that would have supplied raw material to its spice-making subsidiary and source the tuber from small farmers instead.

But General Manager Dianna Blake Bennett is shrugging off the losses from both the failed ginger-growing experiment under subsidiary Mountain Peak Food Processors (MPFP) and the product sales challenges at Pimora Company Limited, saying the business is solid at its core, evidenced by its growing revenue base.

Blake Bennett, who is nine months into her tenure as head of Salada, said the company expects key product categories under the two spice subsidiaries will soon begin to deliver better results.

Salada also placed two flavoured coffees on the market two months ago in a new market foray for the six-decade-old processor.

The new GM wants to drive up annual sales at Salada to the $1-billion mark this year, a target it has never hit before.

So far, sales turnover has reached $404 million at the six-month mark ending March. Salada, whose principal business is coffee processing, would need to double the current pace of growth, now at 16 per cent, to around 32 per cent in order to crest $1 billion of sales at year ending September.

Net profit at half-year more than doubled to $45 million, notwithstanding $3 million of losses from the ginger operation.

The company's ginger farm at Esher in St Mary fell victim to the rhizome disease, Blake Bennett said, but noted nonetheless that adequate supplies can otherwise be sourced from farmers locally.

Products made with Jamaican ginger by MPFP now account for only one per cent of revenues, but the company plans to grow the segment. Salada's sweetened and unsweetened ginger tea - sold under the company's Jamaica Mountain Peak brand - ranks sixth in terms of case sales for Salada.

On the upside: "Ginger is now considered a super food globally and so there is heavy demand for products made with it. The Jamaican variety has a particular flavour that is also in demand," said Blake Bennett. "Ginger could become an important revenue source for us."

The company has several new products in the pipeline with ginger as the main ingredient.

Over three years, spanning 2013 to 2016, Salada has invested $15 million in its ginger plans, including the farm that has now been shuttered.

"Jamaican ginger is an important ingredient in the Jamaica Mountain Peak products and we thought it important to invest in the supply side of the value chain as a risk-mitigation strategy," the GM said.

Grown under greenhouse conditions, the biggest challenge was the effects of the rhizome rot. The biological assets consisting of ginger rhizomes and cultivation expenses were written off against the crop.

The farm set-up predated Blake Bennett's stewardship. She joined Salada in early 2016 as commercial and corporate affairs manager, and was tapped to act as general manager last September, when Jerome Miles exited the company having held the job for less than two years. She was confirmed in the position on January 2017.

Blake Bennett remains upbeat about Salada's prospects, notwithstanding that she also has to deal with challenges at Pimora Company, a 70-per cent subsidiary which manufactures pimento briquettes for the local and export markets.

Pimora is experiencing slow sales of its pimento smoker in which $20 million has been invested to date. Blake Bennett is planning a new marketing strategy for the pimento smoker.

"Pimora is a unique niche product and our strategy is to grow exports in the United States and to seek out markets that have a preference for Jamaican products such as Japan," she told the Financial Gleaner.

Salada has operated as a coffee processor since 1958. It also produces a range of other beverages, drink mixes and dessert products.

Blake Bennett noted that two new products were launched in April-Jamaica Mountain Peak Flavoured coffees, Cinameg and Vanilla - and that another two new coffee products will be launched before year end.

"Our growth strategy for the local market over the next three years will see us introducing a series of new beverage products," she said.