Francis Wade | How to intervene when bosses play the victim 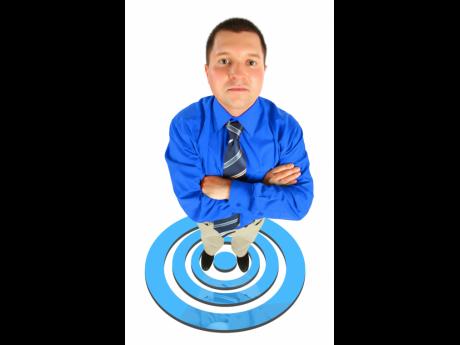 We Jamaicans take many of our cues from leaders. This is never truer than when a leader acts like a victim, blaming everyone else for sub-par results.

Eventually, employees join the blame game, actively avoiding responsibility before fingers turn on them. Things worsen to the point where only an intervention can save the company from ruin.

In a recent meeting with a CEO, I listened as he blamed his colleagues and staff for the predicament his organisation was in. He had a long list of factual observations. Their actions were saddening, and I had no reason to doubt his veracity.

However, when I suggested

that from my prior experience

in many client firms, 'the fish stinks the worst at the head', he visibly bristled. Dismissing my suggestion, he doubled down, adding further stories to prove that I was incorrect and that he was the victim. The others needed to have their heads examined.

What made the situation maddening were the facts: he had risen to the top after 30-plus years. Also, profits were a thing of the past: for the prior decade, the company had barely broken even. Yet, in his mind, he had nothing to do with its poor performance.

PUTTING AN END TO IT

As a manager, what can you do to prevent this kind of terrible end result? How can you make sure it never happens in your organisation?

Pay attention to hard-to-see angles. Companies slip into having a culture of complaints gradually. Complaining, normally a rare habit, becomes a team sport played by a critical mass of staff. When you find that valuable meeting time is being spent in old, familiar gripes which never reach resolution, be suspicious.

Start by appreciating that a single complaint is quite different from a culture of complaining. The first requires action, perhaps produced by a fruitful discussion. The latter requires an intervention by someone who understands the peculiarities of dysfunctional corporate cultures. They tend to be bad in many of the same ways.

The intervener must explain to managers that the behaviour is like an addictive drug which carries both a short-term benefit and a long-term cost.

The benefit derives from an avoidance of responsibility. Complainers paint themselves as the weak, helpless recipients of injustice. In the eyes of the CEO mentioned earlier, he had nothing to do with the state of affairs and was permanently innocent of any blame or fault.

As complainers perpetuate this frame of mind, they exact a terrible price. Their feigned weakness renders them inactive. Lacking creativity, they lose their capacity to implement real solutions to problems. They turn themselves into bystanders.

When the complainer happens to be the CEO, it turns the corporation into a battlefield between him and the rest of his company. It's no surprise that poor results ensue because the behaviour is also highly contagious. When employees compete with each other for the right to be seen as the biggest victim, everyone ends up hating their jobs.

These are hard-to-see angles, so few distinguish persistent complaining for what it really isthe start of real trouble.

Resist the temptation to withdraw. However, seeing the true problem isn't enough. If you have joined a team that already has a complaining culture, it's only human to hide out; to make sure you are far away from the gripers-in-chief. If you get caught in a situation where you can't escape their presence, you go completely silent.

Obviously, this won't work in the end. In fact, it is a sly mirror image of the same refusal to accept responsibility.

Instead, fixing the problem calls for the very opposite. When colleagues refuse to assume ownership, the most helpful action is not to retreat, but to expand. Only those who choose to step up and take greater responsibility have a chance of making a difference.

Managers who do so empower themselves. Without waiting for someone to give them permission, they make a private decision to act, which is likely to produce noticeable, public results.

Get help from others. One of the end results might be a group intervention conducted with the complainers. In this kind of carefully managed confrontation, each person plays a predetermined role in a group discussion designed to call a stop to the behaviour. It's a last ditch, high-stakes effort: oftentimes, an outsider is included to prepare the team or even play the part of referee.

What makes the risk worthwhile is the possibility of succeeding. In the very worst situations, it's the best the team can do, and it's better than cowering in fear. In the end, it benefits everyone concerned and can pull the company out of a bad spot.

There's no guarantee whatsoever, but a top executive who stops being a victim can make a tremendous difference to the health of the bottom line and the company's culture.