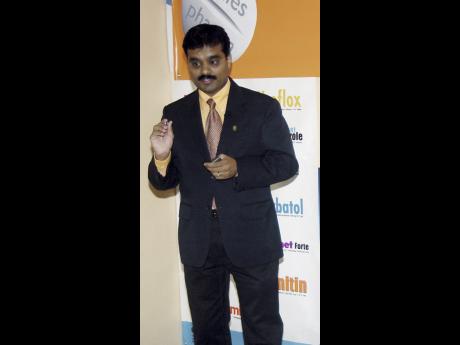 The company, which is based in Montego Bay, is run by family physician Dr Guna Muppuri, who formed the business in 2003. Muppuri is not saying right now how much capital he is targeting or when the offer will launch.

The plan is to eventually list on the junior market of the Jamaica Stock Exchange.

In April 2005, Inidies Pharma began selling its first pharmaceutical products. That portfolio of six products have grown to more than 150 now, and the company also has over 240 drug approvals at hand in Jamaica, and access to intellectual property of around 154 trademarks, Muppuri said. Around 2010, Indies also began distributing drugs for parent company Bioprist Group, which is also owned by Muppuri.

The over-the-counter brands it distributes include HB Fortex, Flexim Pain & Muscle Rub, and the Sinacold line; and prescription products such as Tromblatt, Ventoflux, and Flucosyst.

Indies Pharma employs a staff of 60, which allows it to introduce on average of 20 drugs per year, according to Muppuri. He plans to grow that number to 30 drugs annually, and to 50 new drugs in the longterm.

The company owns a fleet of eight trucks, and distributes to more than 400 pharmacies nationwide, including its wholly owned Trident Pharmacy in Sam Sharpe Square, Montego Bay. Indies estimates that it holds a 2.5 per cent share of Jamaica's US$250 million to US$300 million pharmaceutical market, and Muppuri is looking to increase that market share to 5-10 per cent.

Muppuri is also weighing more retail outlets in Jamaica, and is looking offshore to the wider Caribbean for other market opportunities.

"This, of course, is subject to what the board will say, but if that happens, I can tell you that our Jamaican team will play a part in that," Muppuri said.