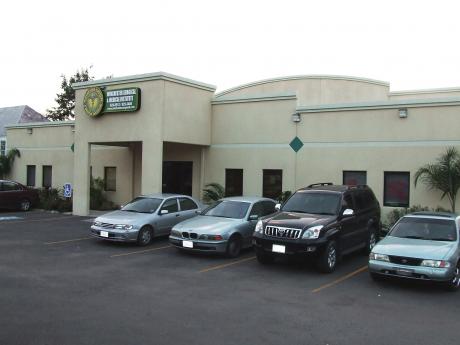 Contributed
New commercial space on Wichester Road houses a medical clinic. Outside of the developments on Winchester Road, Kingston, commercial construction has been limited. With few properties available for sale, and the high price for office space, businesses have been choosing rentals over purchases. 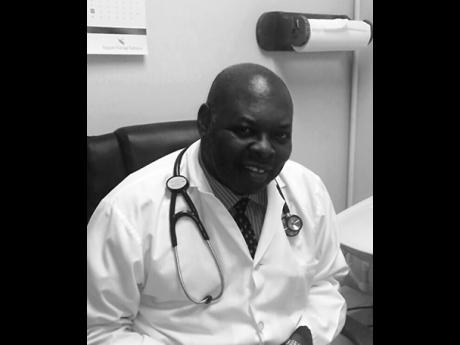 Winchester Surgical & Medical Institute, owned by consultant surgeon Dr Neville Graham and other doctors, is reporting progress on plans to go public and list on the junior stock market.

The medical company is about to float its shares having recently been upgraded to a hospital by the Ministry of Health, and would be the first healthcare facility to take the plunge, assuming it follows through on the offer.

"We were an ambulatory service before," said CEO Everton Spencer. "Now we have been approved by the MOH for the care of in patients and outpatients. That's why we want to increase our bed count," he told Gleaner Business.

The initial public offering is meant to raise funds for expansion. The company is in the process of recruiting a broker to arrange the float.

The decade-old medical facility wants to grow into service that caters to some patients in their own language, specifically English and Spanish-speaking countries in the Caribbean, Central America and Sought America, Spencer outlined.

On Monday, Spencer said the medical company's seven shareholders all medical doctors will make an initial public offer to the market by midyear 2018.

The company is chaired by surgeon and shareholder Dr Neville Graham, and the other six also work at the Kingston-based institute. They are part of Winchester Medical's corps of 20 specialist doctors.

Winchester is close to selecting a broker for the listing, having already completed a business plan and explored governance issues, the CEO said.

The IPO will seek to raise $300 million needed to triple the number of hospital beds, and add equipment, and hire bilingual staff under a three-year development plan, he told Gleaner Business.

Spencer said the medical centre currently has assets valued near the amount sought from the market, including $40 million of new equipment installed in its three operating theatres.

Winchester Medical specialises in family medicine, but also offers specialist services in areas such as haematology/oncology, vascular surgery and obstetrics, among others; and provides air ambulance and ground ambulance services in partnership with EMed. The owners also want to add more specialists, including in the area of dentistry.

Spencer said overseas clientele is not a large money-spinner for the centre, right now.

"We can say that based on the number of our clients and the procedures required under medical tourism our revenues have not been significant," he said. "The target for the next 12 months is to have an average of 10 patients from overseas per month or 120 patients for the year. We plan to achieve this based on the marketing strategies".

The company is trying to leverage business through relationships with "Jampro, Unesco and other international partners", while its marketing efforts overseas promotes the medical centre as a place for "quiet convalescence and rapid healing".

Spencer said Winchester is setting up a subsidiary marketing company, that will be responsible for linking with radio and TV programmes, arranging call-in programmes to Jamaica from major international cities in which Jamaicans live, and conducting weekly health watch programmes, he said.