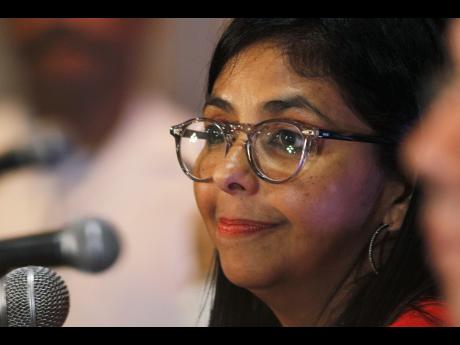 Foreign ministers from throughout the Americas appeared to fail yet again Wednesday at reaching an agreement on mediating in Venezuela's intractable political crisis.

The United States strongly pushed the idea of creating a "group of friends" like the one that mediated in the Central American civil wars of the 1980s. The United States viewed that as the least the OAS could do after a stronger resolution on Venezuela failed to pass on Monday.

But Luis Alfonso de Alba, Mexico's representative to the OAS, said the mediation proposal wasn't included in any of the resolutions to be voted on in a closing session Wednesday.

"The resolution on human rights has been finished, and it isn't in there," De Alba said.

Diplomats at the General Assembly of the Organization of American States (OAS) meeting in Cancun said the US and its allies probably didn't have the two-thirds of votes needed to put the issue on the agenda again.

The diplomats also declined to piggyback the mediation group proposal on a rights resolution that might win approval with a simple majority of the 35 members.

Still, some nations pledged to push on with efforts to do something about the increasingly bloody political strife in Venezuela has left at least 70 people dead and more than 1,300 injured, and the country's economy is in tatters

"The possibility is open to creating a mediation group or group of friends that is acceptable to both sides," said Chilean Foreign Minister Heraldo Munoz, who added the idea "is supported by a significant number of countries in the hemisphere".

The challenge, he said, is picking members that both sides are comfortable with.

The resolution that failed to gain enough votes on Monday was a relatively strongly worded proposal calling on the Venezuelan government to "reconsider" its call for an assembly to rewrite the constitution at a time when masses of Venezuelans have taken to the streets to call for elections to replace the unpopular government.

The proposal got 20 votes in favour, five against and eight abstentions. Venezuela was counted absent. But according to special rules for the session, 23 votes were required to pass it.

The resolution would also have called for an end to violence, and for President Nicol·s Maduro's government to respect the separation of powers. He has been criticised for subjugating the judicial and electoral powers, even while losing control of the country's legislature.

But Venezuela also couldn't get anything approved at the OAS assembly.

The foreign ministers rejected a raft of 10 Venezuelan-proposed resolutions - many of them seen as aimed at criticising Mexico's human rights situation, including disappearances, and US military bases in the region.

De Alba said all 10 were rejected because they hadn't been properly submitted.