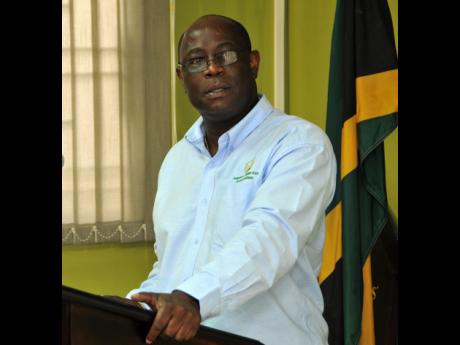 The Betting, Gaming & Lotteries Commission (BGLC) is drafting regulations to legalise online gaming in Jamaica, but is mum on the entities that are lined up for licensing and unsure of the timeline for implementation.

Legalisation would allow local gaming companies to enter the near US$40-billion global market.

The agency said security concerns would be addressed under the rules being drafted, and signalled that it would include online casino gambling.

The research site statistica.com, to which the Financial Gleaner was referred by the BGLC, indicates that in 2015 the online gaming market accounted for US$38 billion worth of bets, a figure forecast to increase to nearly US$60 billion in 2020.

Statistica's research captures data on wagering something of value, usually money, on the outcome of an event or game, using the Internet.

Statistica said "casino games and sports betting make up the largest share of the market" for online wagering.

The research site noted, however, that despite the rapid growth of online gaming, land-based gambling still dwarfs Internet activity, with a spring 2016 survey

by Nielsen Scarborough indicating that almost 83 million Americans admitted to having visited a casino in the past year.

The BGLC, whose new Executive Director Vitus Evans was appointed on May 1 of this year, said there are no operators approved to offer interactive gambling in Jamaica.

"However, being responsive to the interest that has been shown to offer this type of product, initiatives are being made to introduce the legislation for the licensing regime for interactive gaming," the regulator noted.

As to other potential players in this market segment, the BGLC said it could not "disclose any information related to licensees' operations or business plans."

Top lottery and gaming company Supreme Ventures Limited (SVL), which is known to be among the interested companies, declined to speak to its plans ahead of the writing of the regulations, "as we are unable to do anything on the SVL side until they are firmly in place," said SVL Assistant Vice-President for Group Corporate Communication Simone Clarke-Cooper.

In July, SVL launched a new technology platform - the Enterprise Series system - that it announced would allow the company to deliver interactive gaming options as soon as it got the green light from the regulator.

As to when the regulations will be finalised and debated into law, the BGLC said: "The process is not yet at a stage where the commission can provide any specific time frames."