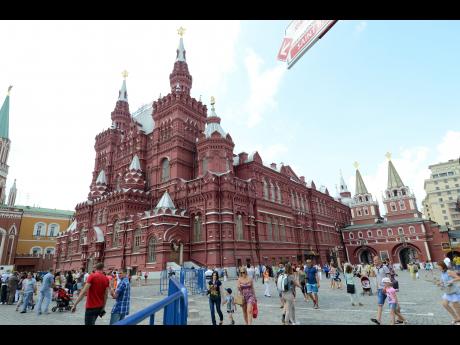 Ricardo Makyn
In this 2013 Gleaner file photo, persons mill around in Red Square in the Russain capital of Moscow. 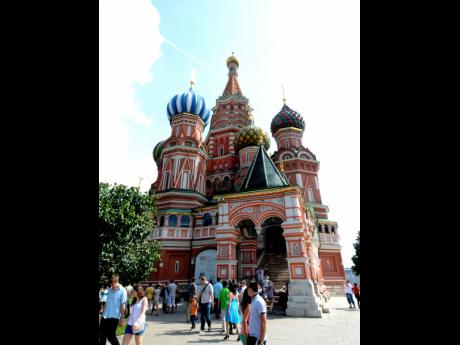 Ricardo Makyn
In this 2013 Gleaner file photo, persons mill around in Red Square, in the Russain capital of Moscow.
1
2

Here is a Jeopardy question for US$200.

It is a country that has a debt load of 7.5 per cent of GDP, international reserves of US$400 billion, a current account surplus of 3.4 per cent of GDP, an inflation rate of less than 4.5 per cent, despite a maxi-devaluation, and a double-B credit rating. If you answered, 'What is Russia?' then, you are correct!

Had it been any other country in the world, it would be rated investment grade. It would probably qualify for a double-A rating.

Chile, which sports a double-A rating, has a higher debt load, much lower international reserves and a far less diversified economy. Even Colombia, which is also an oil producer and whose reserves are about to peter out in less than six years, is rated investment grade.

Of course, Russia is the bad boy of the emerging world, picking fights with some of its neighbours and meddling in superpower elections. However, credit ratings are a measure of a country's ability to meet its external obligations, not its political standing with Washington and Brussels.

Nevertheless, when it comes to macroeconomic management, Russia stands tall as the paradigm of sound stewardship.

During the plunge in oil prices, the Russian government adhered to strict orthodoxy. The rouble was allowed to devalue sharply. Interest rates were immediately hiked to help stabilise inflation. At the same time, the government introduced fiscal measures to help cover the shortfall produced by declining oil revenues.

Moscow also brought a slew of market and non-market incentives to spur import substitution. While the aisles of Russian supermarkets and the menus of Moscow eateries were once chocked with imported foods and produce, today they have been replaced by domestically sourced goods.

Russian wines, which were once the purview of young military officers trying to prove their bravery, compete head to head with European and South American competitors. A whole subgroup of restaurants has opened in the swankier corners of Moscow and St Petersburg that focus on locally produced products.

The immense resourcefulness of the Russian entrepreneur to respond to Westerns sanctions, along with the import restrictions that were subsequently announced by the Kremlin and the enormous change in relative prices is the reason why the current account was able to remain in the black, despite the extreme terms of trade shock.

Furthermore, the economy has turned around, and it should post a moderate growth rate of about 1.5 per cent y/y in 2017. Most analysts expect the expansion to tick up to 1.7 per cent during the next three years.

However, a continued recovery in oil prices could significantly boost the level of economic activity and the country's credit metrics. Capex in the global oil sector plunged in the aftermath of the decline in oil prices in 2014. By 2016, capital spending was down by half. The ramifications of this decline in investment will not be realised until 2020, when oil depletion rates will greatly outstrip increases in demand. This will put the major oil producers, such as Russia, in very favourable positions.

Although Russia gets high grades for its macroeconomic management, it falls short on the democratic front. Opposition voices are silenced, and Vladimir Putin will most likely be re-elected during the next presidential elections in 2018.

Some pundits argue that Russia's strong macroeconomic policies are a direct reflection of the lack of a democratic process. There may be a great deal of truth in that observation. Economists have always argued the merits of a so-called benevolent dictatorship.

Moscow is not a good reflection of what is happening in the regions and the rest of the country. While the Moscow metro is full of affluently dressed individuals on their way to work and the outer rings of the city are full of earth-moving equipment widening highways, the rest of the country still struggles with high levels of unemployment, systemic substance abuse and medieval infrastructure.

The Russian government needs to push its modernisation programmes to the hinterland to generalise a greater sense of prosperity. Of course, the same can be said of most developing, and even some developed, countries. Nevertheless, Russia is an excellent example of how a country can absorb a blow to its terms of trade and quickly stabilise its economy.