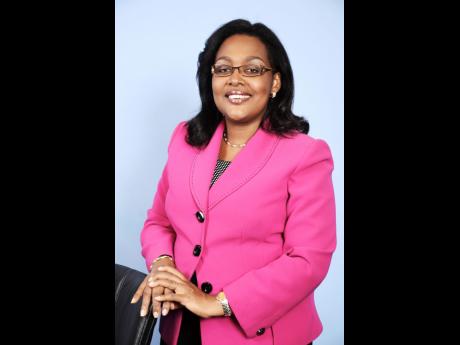 The product adds to a portfolio of micro products, which pulled in $30 million in premium payments for the insurer in 2016, almost twice as much as the $16 million collected the year before.

Through is partnership with Western Union, the GraceKennedy conglomerates controls just over 50 per cent of the remittance market. The nearest rival, MoneyGram, has 20 per cent of the market.

The RemitCare policy will cost $250 to $600 monthly, depending on the size of remittances. Its available remittances continuously, GK General Managing Director Grace Burnett defines as at least once every six months.

The policy promises to pay out between $30,000 and $100,000 over two months for disability - temporary or permanent - or death of the sender resulting from an accident.

The policy is now available for purchase by remittance recipients at six locations in Jamaica. Burnett said roll-out nationwide will commence in two months.

Burnett told the Financial Gleaner that under a pilot test of the product at the Pavilion Mall in Kingston, 200 policies were sold to money-transfer recipients in a short period.

"At first, they do not want to spend any money, but when they realised that it is for their protection, they wanted it," she said.

Manager of innovation and risk at GK General, Jordan Tait, says GraceKennedy is the first company in the world to offer discontinuation protection for remittances.

The company has been a leader in microinsurance products. Some of its other offerings include Bill Protect for utility payment; Livelihood Protection Policy to cope with the fallout from extreme weather events; GK-Amed for medical bills from personal accidents; Smart Protect, which covers mobile against theft and damage - premiums range from $300 to $1,700 monthly, depending on the value of the phones; and GK Travel for trips overseas for business, pleasure or studying.