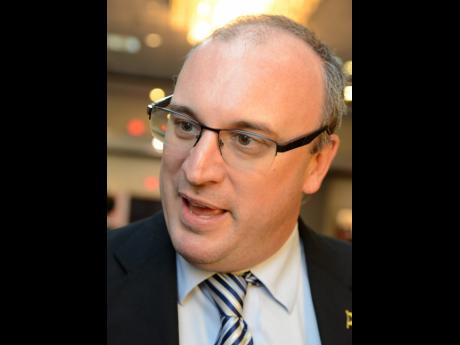 It confirms a Gleaner Business report that the company's Jamaica Grain operation was developing Jamaica's second flour mill, in what sources have said is a near $4 billion investment. Still, Scott said the mill would be secondary to the grain company's cornmeal operation.

He also confirmed to shareholders at Seprod's annual general meeting that the new joint venture partner in the business was Seaboard Mills.

Jamaica Grain & Cereals Limited will look for markets overseas, because, as Scott suggested at the AGM, local sales alone would not allow the investors to recoup their funds in a timely manner.

"We're building a commodities business. We have a grains business and a mill, and flour is not everything that we are selling from it," he said.

"We've upgraded our cornmeal plant, and that was the main objective, and as a byproduct of what we're doing we've also put in a flour mill. We'll be able to sell very high quality flour to the market as well as extremely good quality cornmeal, which will be able to compete in Jamaica and throughout the region," Scott said.

He declined to say how much was invested in the upgraded Jamaica Grains plant, which includes two silos and operating centre at Newport West and three silos and a milling plant at Felix Fox Boulevard, citing disclosure rules binding the partners and as well as the sensitivity of the information.

"We are proud to have a state of the art, best in class facility right here in Kingston. We anticipate not only producing our own brands but doing private label manufacturing for third parties," Pandohie said at the AGM.

Later, he told Gleaner Business that the commodities port and milling plant the start of several initiatives to come.

"We're setting up a base that in future could extend beyond that. This is where we are with the corn and the wheat. In future we're looking to go beyond that. We have big ambitions," Pandohie said.

The only other flour mill is operated by Jamaica Flour Mills Limited, a subsidiary of American company ADM Milling.