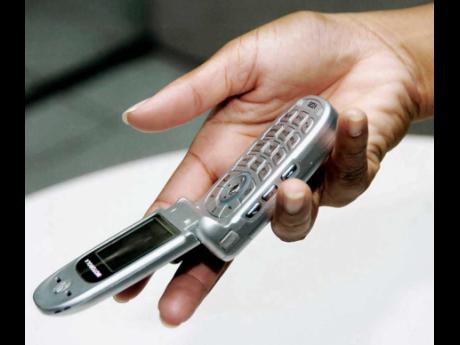 Flow Jamaica says any attempt by the Office of Utilities Regulation (OUR) to dilute or compromise the infrastructure investments of local telecommunications providers by mandatory sharing will disincentivise future investment.

However, telecoms start-up Verge Communications said that provided the OUR "sets rates for sharing which permit providers to recover their legitimate costs, sharing infrastructure are not prejudiced by a requirement to share, and infrastructure sharing will not blunt their incentive to invest in new facilities and technologies".

Verge's response is based on some of the issues raised by 5G Americas, Cable & Wireless Jamaica and Columbus Communications Jamaica, the Consumer Advisory Committee on Utilities and Digicel on the OUR's notice of proposed rule-making on infrastructure sharing.

Director at Verge Communications, Austin Brown, told the Financial Gleaner that the company, which is involved in incoming international voice termination, plans to expand services in other areas which "obviously would be impacted on how much the market can be opened up for interconnectivity."

"We believe that as small players, we would like to at least have our position heard" and have the issues addressed, "especially in the areas where the market has been largely driven by reciprocal sharing arrangements, where small entities wouldn't have that type of infrastructure to barter with," Brown said.

In its response, Flow said it does not consider that any of the models of infrastructure sharing described by the OUR should be mandated by regulatory fiat for Jamaica.

In addition to Flow, Digicel and 5G Americas have taken the position that infrastructure sharing should not be mandated and that, instead, it should be based on market forces and commercial negotiations.

However, Verge suggested that for any prospect of success, infrastructure sharing must be mandated and not left to market forces or commercial negotiations.

It said the argument that infrastructure sharing will blunt incentives to invest must be rejected, noting that established operators have been investing despite the prospect of such sharing.

The rules the OUR promulgate for infrastructure sharing, said Verge, will largely determine if it is successful.

Flow also makes the argument that the OUR cannot impose infrastructure sharing without a further consultation.

But Verge said a further consultation is both unnecessary and inappropriate and would serve only to delay the realisation of the competitive benefits that infrastructure sharing will bring to Jamaica.

The company said that in response to the OUR's request for existing examples of sharing, both of the large existing operators were able to point to only a handful of examples, the main one being a reciprocal swap agreement between them.

"The answer, of course, is that market forces are not up to the task of ensuring sharing of facilities as in almost all jurisdictions, regulatory inter-vention is required," Verge said.

The OUR asked the telecoms what measures could be introduced to incentivise network operators to voluntarily provide access to their infrastructure.

But Flow said any incentive that would cause companies to voluntarily share their infrastructure with a direct competitor would need to make commercial sense.

Verge said that response underlines the importance of strong regulatory action to ensure that infrastructure sharing will happen.

Verge said it agreed with Digicel's position that "mandating cost-effective, fixed-infrastructure access with strong and explicit require-ments for speedy implemen-tation would have a material and positive impact on the speed of deployment of fibre-based fixed broadband."

However, Verge also takes the position that a similar mandate in respect of mobile network elements and other services is required.

Flow points to the tower sharing arrangement negotiated with Digicel as evidence that commercial negotiations can result in appropriate sharing.

But Verge noted that the two largest owners of infrastructure agreed between themselves to share sites with each other, but only on a one for one swap basis.

"Any other provider without a widespread mobile network and sites to swap would not be entitled to the same arrangement," it said.

It added that commercial negotiations are unlikely to result in fair terms unless the parties have equal bargaining power, something that is equivocally not the case for new entrants in Jamaica.

"We accept that commercial negotiations are the appropriate first step in discussions for infrastructure sharing. However, any requirement to negotiate must recognise that negotiations will not be successful in many cases, and in those cases the focus must swiftly turn to regulatory action to determine appropriate terms," Verge said.