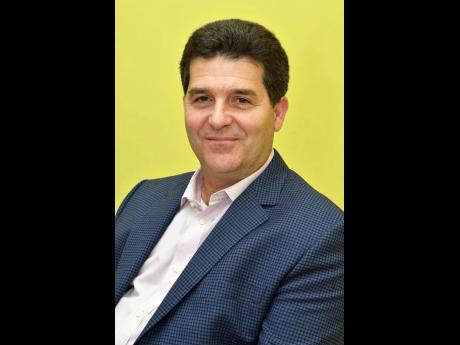 Wisynco Group Chairman William Mahfood said Wednesday that Jamaica is the fastest-growing market among countries in the Latin American region for Coca-Cola, increasing sales by more than 40 per cent annually for each of the last three years.

Wisynco bottles and distributes the soda locally on behalf of the American drinks company.

Mahfood touted Jamaica's standing at the roll-out of the Coca-Cola's 'One Brand' strategy, aimed at positioning soft drink in a more healthy light. He said that while Coke is not the top-selling soda in Jamaican market right now, it soon will be.

Wisynco has partnered with Coca-Cola for 11 years. Jamaica is one of 41 countries in the beverage giant's regional portfolio.

The new One Brand strategy is meant to "extend the equity and iconic appeal of the beverage brand to Coca-Cola Lite/Diet Coca-Cola, Coca-Cola Zero and Coca-Cola Life," according to company literature on the campaign.

Alejandro Ferrer, director of Coca-Cola's Latin American Centre for Business Development and manager of the sparkling brands portfolio since 2014, said the company had been changing its product formulations in response to a global epidemic of non-communicable diseases.

Coca-Cola is bent on reigniting sales after a fall in profit of 20 per cent in first quarter 2017, following which Muhta Kent stepped aside as CEO and was replaced by James Quincy.

Revenue fell 11.3 per cent to US$9.12 billion. The results, the company said, were due to refranchising costs and also a fall off in performance in the Latin American Business unit.

The company promised to cut costs, including those of marketing, cut 1,200 jobs and is also planning a management reshuffle.

The One Brand campaign, Ferrer said, communicates the message that the taste of Coke remains the same, whether original, Lite or Zero. It would also correct the error of creating different personalities for each product line, he said.

Coca-Cola has been around since 1886. The beverage maker has more than 500 brands of drinks that are sold to markets in 200 countries, working with its bottling partners.