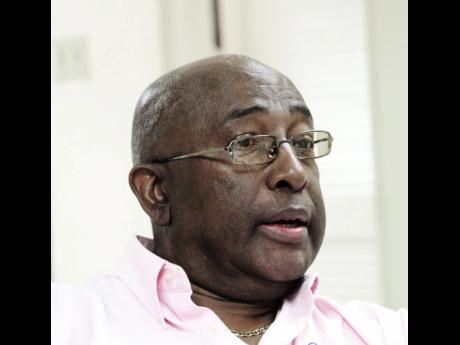 Keith Amiel, manager of corporate affairs at Caribbean Broilers, which now trades as CB Foods, says the company has adopted the new name to fit with its diversification into non-meat activity, specifically fresh foods.

The new trading name was adopted back in January.

CB Foods is also rolling out a new brand called Homegrown by Imagination Farms, through which it will market its own produce, as well as provide technical, processing, distribution and marketing support, plants and seedlings to agriculture producers.

The company has hired agronomist Don McGlashan to run the new unit, called Imagination Farms. McGlashan formerly worked with the Ministry of Agriculture.

Traditionally a poultry producer, CB began diversifying its meat lines a decade ago and is now looking to new frontiers to grow.

Amiel said CB Foods' farming division will function as an integrator for quality food exports in much the same way that the company provided the research and piglets to revive a local pork industry which is no longer reliant on imports.

In August, the company will open a new processing and storage plant at Hill Run. The investment costs for this and other inputs to bring the Homegrown by Imagination brand to market were not disclosed.

CB Foods is a private company and its annual turnover is unknown. Amiel said farm produce was expected contribute five per cent to annual revenue for the CB Group in the current financial year and grow to 30 per cent of total sales in 10 years.

Over the long term, he said CB would target for supply some of the 47 foods listed as approved for export to the United States - "none of which are being satisfied locally" - as well as markets in Caricom.

Amiel asserts that local produce would also arrive at Jamaican tables at a better prices because of efficiencies to be applied by Imagination Farms.

Much of Jamaica's food crops, he said, are produced on marginal, stony, hillside lands, while the best lands were reserved for sugar and bananas - which he described as an holdover from colonial times. CB Foods plans to change this mindset, the agriculture expert said.

A release issued by the company on its new Homegrown brand indicated that last year, more than 85 per cent of onions consumed in Jamaica, totalling 7.5 million kilogrammes, was imported. "Over

2 million kilogrammes of Scotch bonnet pepper was imported and almost 100 per cent of sweetcorn was imported over the same period," the company noted.

Amiel said that through use of best practices CB Foods was now producing corn which was as "soft and sweet" as any produced in the United States and Europe. "Its no longer the tough roast corn that we are used to," he said.

CB Chief Operating Officer Matthew Lyn was quoted as saying the group's entry into the fresh produce market in Jamaica was preceded by "years of research specifically targeting crops whose growth can create at least one of two types of major impact: import substitution and strong growth in export".

Lyn said the group has access to acreage across different parts of the island which it plans to plant over the next five years, depending on market demand. Amiel said small farmers would be integrated in CB's plans.