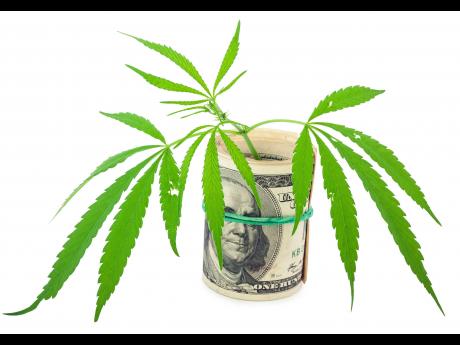 A fifth of the applications for ganja licences have got conditional approvals from Cannabis Licensing Authority (CLA), while two licences have been approved.

On Monday, the agency told the Financial Gleaner that it had signed off on permits for 46 entities spanning different segments of the ganja market, including cultivation, processing and retail.

It indicates a stepped-up pace for approvals, which up to February had been provisionally granted to only three entities. CLA also refused eight applications from a single applicant, while two other applications were withdrawn.

"The total number of conditional approvals granted to date - excluding the two licences that have been granted - is 44," said the CLA.

The identities of the two entities granted approval will only be disclosed when the licences are issued, CLA said. Sources think it could happen later this month.

As previously disclosed, the licences are in the Cultivator-Tier 1 category for farms of up to one acre; and Processor-Tier 1 for manufacturing ganja-based products and the processing of ganja for medical, scientific and therapeutic purposes.

At least one operator, Balram Vaswani's Kaya Inc, has been recruiting staff for a ganja wellness centre and cafÈ, but there is no confirmation on whether it is one of the two licensees or is still at the conditional approval phase.

The cannabis authority received 236 applications overall as at the end of June, which means that minus the conditional approvals and rejections, it still has around 180 applications to wade through.

Conditional approvals allow the applicant to begin preparing their business for launch in accordance with conditions set out in regulations for the segment in which they plan to operate.

CLA then inspects the operations for compliance with the law before granting final approval and issuing the licence.

The agency defended the pace of its reviews, saying it's often dependent on how quickly applicants satisfy requirements during the review.

The licences are specific to the type of operation, and licensees can only conduct ganja-related transactions with other licence holders, in a closed-loop system.

According to the CLA, if a processor wishes to make a product for sale, they must acquire cannabis from a licensed cultivator, and then have this transported by a licensed transporter. To sell their product in a retail setting, they must have a buyer, who is able to sell in a licensed retail facility.

For an individual to purchase the product for medicinal use, they must be in possession of a medical prescription allowing them to consume it.

The development and enforcement of this closed-loop system aims to minimise the opportunities for illicit trading of ganja, said the CLA.

Last week, the CLA issued a vague statement on its role versus that of the Ministry of Health in the approval of ganja licences. At the time, an overseas public relations entity had issued a release saying a US ganja company, United Cannabis Limited, putatively received approval from the health ministry in Jamaica to test and develop ganja products. It added United Cannabis would invest US$2 million for testing.

Financial Gleaner sought clarity on whether United Cannabis had applied to the CLA. Neither the health ministry nor the American company responded to requests for comment and CLA does not divulge such information.

"No licences have been issued to United Cannabis or its subsidiaries or affiliates. There have been, to date, two licences granted by the CLA, however, details pertaining to applicants are considered confidential until their application process is completed with the issuance of a licence," CLA told the Financial Gleaner this week.

The cannabis agency said in its release that while the health ministry is responsible for approving products under the Food and Drugs Act, that approval only allows the holder to make the product available for consumption, based on the medicinal or other benefits claimed.

"Such approval, by itself, however, is not sufficient to commence business operations within Jamaica's budding cannabis industry," said Greg Douglas, CEO of the CLA in the release issued last week.

"All activities which are pursued in compliance with the medical system also require a licence issued by the CLA, otherwise those activities are essentially illegal," he said.

That includes cultivation of ganja, the release noted.