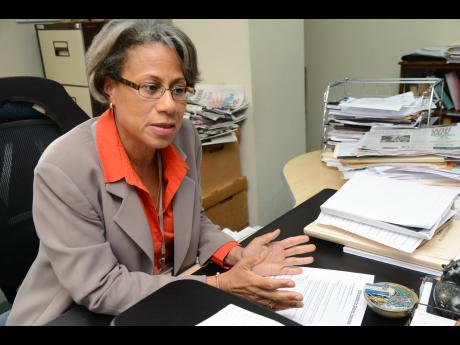 Use of the National Security Interests in Personal Property Registry (NSIPP) is rising steadily, says Companies Office of Jamaica's Judith Ramlogan, although motor vehicles remain the most popular collateral accepted, followed by furniture, and securities such as debentures.

NSIPP was ushered in four years ago under the Security in Personal Interests Property Act, replacing the Registry of Charges that was created a decade before that. It is meant to develop into a central point for assessing whether collateral offered up as security is unencumbered by other debt.

A customer service manager of the collateral registry, Inger Bennett, said Monday that changes made to the electronically accessible database in May 2015 have resulted in higher levels of privacy for borrowers.

The changes included a new requirement to open an account for access, as well as validation features based on tax registration numbers, and a $1,000 charge for detailed searches. So far, only five persons have paid to do searches.

Companies Office of Jamaica said the fee has effectively dealt with busybodies.

"Nobody wants to pay to 'faas'," the manager chuckled, using a Jamaican term for prying into other people's personal business. The agency has also eliminated the date of birth and TRN of borrowers from the database, enhancing their personal privacy.

"The new types of collateral targeted by the legislation, such as crops, intellectual property, and agricultural property [equipment, crops, livestock, fish farm] are still minor in terms of being pledged as collateral," Ramlogan told the Financial Gleaner via email. Ramlogan is also the Registrar of Companies.

The non-traditional alternative forms of collateral are less than one per cent of all registrations in NSIPP, but the numbers are growing.

Ramlogan and her team have been pushing for lenders to use of non-real property owned by Jamaicans, including consumer goods, livestock, crops, equipment, present and future receivables, stocks and bonds and intellectual property.

A category called unspecified represents registrations before February 2015 when there was no option to specify type of collateral. They belong to a period when more than 90 per cent of registrations were motor vehicles.

Subscribers to the registry can be individuals, companies, statutory bodies, government departments, government agencies and other corporate bodies, but is mainly used currently by financial institutions.

Opening an account with the registry is free. However, to get information on the description of the collateral pledged and the address of the borrower, there is a fee of $1,000 for individuals who are not established lenders.

Customer service manager Bennett said established lenders have free access to detailed searches, based on a certain number of registrations made.

The Companies Office says two challenges remaining for NSIPP are the absence of a secondary market for collateral pledged; and the valuation of non-traditional collateral - issues that Bennett said are raised by lenders in stakeholder meetings.

The Ministry of Agriculture is working on resolving the valuation issues for the farming sector, where equipment and other crops are being used to access loans, she said.