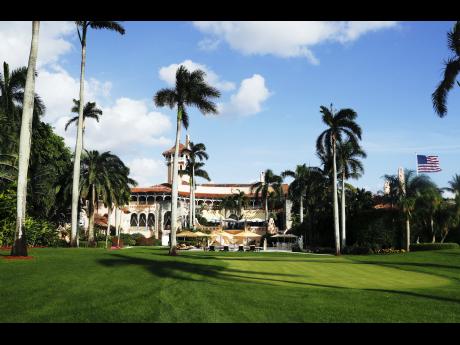 AP
In this November 27, 2016 file photo, Donald Trump's property Mar-a-Lago is seen from the media van window in Palm Beach, Foridla. The expected fallout in tourist visits to the United States as not materialised. (AP Photo/Carolyn Kaster, File)

Last winter, the United States tourism industry fretted that Trump administration policies might lead to a 'Trump slump' in travel.

But those fears may have been premature. International arrivals and travel-related spending are up in 2017 compared with the same period in 2016.

There might even be a "Trump bump," says Roger Dow, CEO of the US Travel Association, a non-profit representing the travel industry.

A few months ago, Dow and others warned that President Donald Trump's anti-immigrant rhetoric and ban on travel from a handful of mostly Muslim countries could send an anti-tourism message.

But "impending doom hasn't manifested itself," Dow said in an interview. "Right now, we cannot identify a loss. It's contrary to everything we've heard, but travel is in slightly better shape than it was a year ago. Everyone wants me to tell the story of the sky is falling, but for the travel industry, the sky is not falling."

Individual sectors have good news, too. Hotel occupancy for the first five months of 2017 was "higher than it has ever been before," said Jan Freitag, senior vice-president with STR, which tracks hotel industry data.

American Express Meetings & Events has "not seen a slowdown in either domestic US meetings or international meetings from the US in the past six months," according to Senior Vice-President Issa Jouaneh.

Even New York's National September 11 Memorial and Museum has more international visitors: 554,381 at the museum from January 1-July 11, up from 517,539 the same period last year.

International trips are often planned months in advance, so decisions made this year about travel may not be evident yet.

"For us, we already planned before the election," said Alban Michel, waiting with a group of Swiss tourists to see One World Trade's observatory in New York on Monday.

Companies that track online behaviour say searches for US travel are down. Yet, tour companies that bring foreigners here are "not only holding year-over-year, but in many cases they're having a record year," according to Chris Thompson, CEO of Brand USA, which markets the US to the world. Thompson thinks it's "too early to tell" how the industry will fare, adding that the travel industry's ups and downs may have "little or nothing to do" with Trump and more to do with the strong dollar and lacklustre economies elsewhere.

Asked if there's a 'Trump slump' in travel to the 12 Southern states marketed by Travel South USA, CEO Liz Bittner said: "The truth of the matter is no. I think it was a lot of media hype."

Bittner agreed that the challenge for US tourism "isn't so much Trump; it's the strong US dollar against some of the other currencies", which makes the US an expensive destination for foreigners.

Daniele Biron, an Italian visiting the 9/11 memorial Monday while in New York for a conference, agreed that "the value of the dollar" is a factor for many travellers, but "I don't know if the politics" matter to most visitors.

Isabelle Bornemann, owner of Alaska Travel Connections, said her international group bookings are down 30 per cent, mainly because of the strong dollar. But some European travel agencies tell Bornemann the decision to stay away is political, based on the perception that foreigners aren't welcome in the US.

Charlie Mallar, owner of the 1785 Inn in Conway, New Hampshire, had his busiest July 4 weekend in 34 years, but says "foreign visitors were off a bit - the Trump effect. We have to assure foreign visitors that they are welcome in America."

The Travel Trends Index predicts slower growth for the rest of 2017, but still nearly two per cent higher than last year through November.

New York City's tourism agency, NYC & Company, predicts that 300,000 fewer international travellers will visit the city this year than last, according to spokesman Chris Heywood. Concerns about Trump administration's policies include "rhetoric surrounding the travel ban, laptop bans on certain airline carriers and the threat of having visitors reveal social media accounts," along with "the lack of a proactive welcome message on behalf of the nation," Heywood said.

New York has put up its own messages with signs saying 'New York City - Welcoming the World' in England, Germany, Mexico and Canada.

Comprehensive international arrivals data from the US Commerce Department takes seven months to compile, so it will be next year before definitive 2017 statistics are available. But the Commerce Department has seen a five per cent increase January-March over the same period last year in collections from ESTA fees, which are electronic travel authorisation fees paid by foreigners who don't need visas to enter the US. That suggests increased visitation from visa-waiver countries like the United Kingdom, Japan, Germany and Australia.