Walter Molano | Argentina: Warrants, the peso and a stirring economy 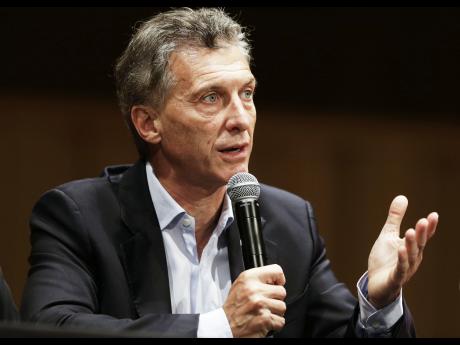 The Argentine GDP warrants have been extremely volatile over the past few weeks. One of the reasons is that the economy is starting to stir.

For 15 months, the level of economic activity in Argentina was declining. One of the reasons for the turnaround was that construction activity began to accelerate.

Much of the increase is due to public-sector initiatives. There are scores of new infrastructure projects, including highways, trains, hydroelectric dams, renewables and thermo-electric facilities.

Some analysts are beginning to recommend buying GDP warrants. Yet, even the World Bank thinks that growth may expand only 2.2 per cent year-on-year in 2018, which is still well below one of the nominal conditions needed to trigger a payout. We believe that 2018 will be a year of fiscal adjustment.

The government shortfall is seven per cent of GDP, and a large cut in spending will occur by the end of this year or the beginning of next year. Moreover, there is still the issue of the GDP revisions.

There is a wide spectrum of opinions on the topic.

Upon taking office, the Macri administration revamped national statistics agency INDEC and reviewed the national income account. In the process, several large revisions were made to the GDP series. Furthermore, the base year of the series had already been revised.

However, the government never released a new reference baseline for the payment of the warrants. There has been a great deal of speculation about whether the baseline will even be adjusted. The prospectus provides for an adjustment, which will severely undermine the value of the warrants.

Many pundits claim that any revision will result in an avalanche of lawsuits from investors. There are some people who argue that the government will not revise the baseline, which makes the warrants incredibly cheap. Still, this would probably result in major lawsuits from the opposition.

Finance Minister Luis Caputo already faces several lawsuits from the opposition for having paid too much in launching the recent century bond. Given the delicate situation, it is no wonder that the Ministry of the Economy is maintaining radio silence on the issue.

The last payment was made in 2011, and it seems that no payment be likely until after 2019. Therefore, what's the point of opining on the topic and stirring the wrath of either the opposition or the investor community?

One of the options could be a buy-back, and that possibility has been on the table for some time. Still, the best choice right now appears to avoiding the issue. Moreover, by 2020, another team will most likely be in the Ministry of the Economy, and it will be their problem.

This lack of clarity is why the warrants are so volatile.

Another important topic is the trajectory of the Argentine peso. After issuing billions of dollars in ARS-denominated paper, the peso has started a downward trajectory.

Most locals expected the devaluation to occur, but not until after the elections. However, some investors anticipated the rush for the door.

The primaries are less than a month away, and the midterm elections are in less than three months. Recent polls have shown Cristina and her band of followers rising in the polls. Some of Macri's allies are peeling away, and the rhetoric is getting nastier.

Moreover, with inflation still north of 20 per cent, the currency is getting dangerously overvalued. The ARS still has another 25 per cent to 30 per cent to go before it returns to fair value. Therefore, be prepared for the peso to move lower.

In the meantime, the international community is pulling for Argentina. A bevy of foreign leaders have visited Buenos Aires and expressed their support. President Macri is a beacon of hope in a region that is convulsed by political and social instability.

Yet, the headwinds are strong. In addition to the massive fiscal deficit and low GDP growth, about a third of the Argentine population resides below the poverty line. Crime is out of control, and narcotic gangs have taken control of many slums.

With Cristina's support back on the rise, it is no wonder that foreign direct investment remains in the doldrums. The next 90 days will be fraught with uncertainty, and we can expect that Argentine asset prices will reflect the mood.