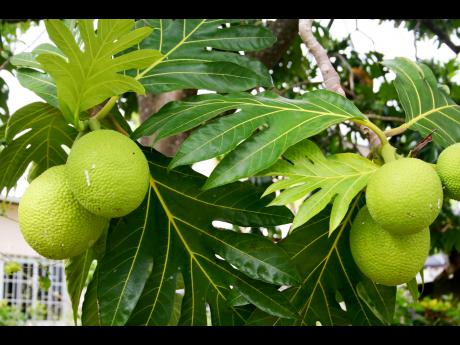 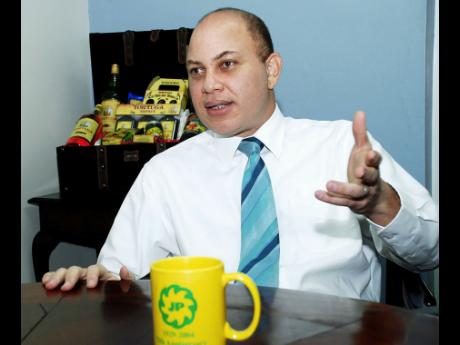 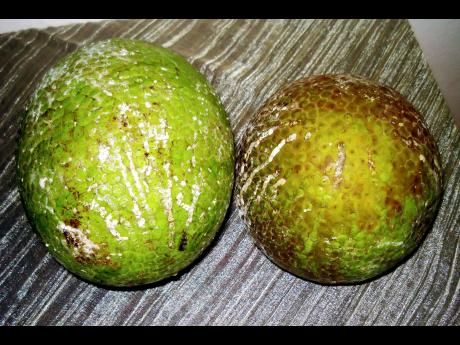 File
Breadfruit is displayed on a table in this Gleaner file photo. Jamaica Producers Group will be exporting breadfruit chips for the first time, starting August 2017.
1
2
3

Breadfruit, a cheaply grown Jamaican staple, is ramping up its commercial profile and heading to the export market as a snack.

Managing Director of Jamaica Producers Group Jeffery Hall said last Thursday that the food and logistics conglomerate would be exporting its breadfruit chips for the first time in August, even as other industry players point to an increase in worldwide demand for the fruit.

Its byproducts are gluten-free, in comparison to wheat, making it desirable for that segment of the health-conscious market.

Locksley Waite, Fruit Tree Crop Coordinator at Rural Agricultural Development Authority (RADA) told Gleaner Business that the demand for flour made from breadfruit is around 300,000 tonnes per month.

"There is also a demand for breadfruit slices," he said.

Through its JP Tropical division, Jamaica Producers has been selling breadfruit chips for six years, but up to now, Jamaica has been its sole market. Now it's ready to test reception in North America.

"We are particularly pleased to report that we will begin exporting the product to the USA for the first time in August," Hall said. After that, he plans to seek markets in the United Kingdom for the snack.

JP makes and distributes several types of chips, including banana, cassava, and plantain, which are sold in local and foreign

"The opportunities for breadfruit are meaningful. The demand exceeds supply," said Hall. "We hope to grow breadfruit exports to 10 per cent of the snack business by this time next year," said Hall.

In 2016, the conglomerate raked in revenue of $12 billion, to which its food and drink operations contributed $8 billion. Overall, JP Snacks contribute around 12 per cent to total revenue, Hall said.

Jamaica Producers has developed a plan to quadruple the crops produced on its farms in Agualta Vale, St Mary by 2019, which includes bananas, cassava, potato varieties, breadfruit and pineapple. The goal is to double crop acreage from the current 210 hectares to 420 hectares.

Breadfruit trees take three years from planting to bear their first fruits. To supply its breadfruit snack operation with raw material, JP has purchase contracts with farmers to whom it provides technical support to grow the fruit.

Michael McLaughlin of the Trees That Feed Foundation, TTFF, says that whether fresh or processed, breadfruit has strong earning potential.

"Fresh breadfruit in retail marketplaces in Jamaica sells for the equivalent of US$1-US$3 per fruit, according to a University of Minnesota study," he said in his online blog at freshfruitportal.Com.

The relatively wide price range is due to seasonality and hence scarcity of the fruit. However, he said "the cost of reaping and transportation is a fraction of the price, hence selling fresh breadfruit is a profitable business."

"The wholesale price is only US$0.50 to US$0.80 per fruit weighing an average of four pounds. The local price for processed breadfruit is US$3-US$5 per pound. The math shows a value add of at least 500 per cent, which is more than enough to cover the costs of production and distribution," he said.

Because breadfruit flour is gluten free, it is likely to find niche markets in the United States and Canada, he adds.

Jamaica Producers is revamping the packaging for its local breadfruit chip, at the same time that it is finalising export plans.

"In line with the significant growth potential for this product, we are launching a brand new package in September," Hall said.

"JP is a leading producer of breadfruit chips. Our demand for this product is very strong and as such we are actively promoting cultivation of the crop and are working with farmers and engaging other interests, including Trees That Feed Foundation," he told Gleaner Business.

Waite of RADA said that internationally, 93 million people consume breadfruit, but the real demand is even higher at 150 million. However, the product is not available in some markets.

RADA, he said, continues to encourage more planting, targeting the areas with high rainfall which suit the plant, such as Portland, St Mary, St Ann, Clarendon and St Catherine.

Some 300 hectares have been planted with breadfruit, supported by the sponsorship of seedlings from TTFF, the RADA official said.