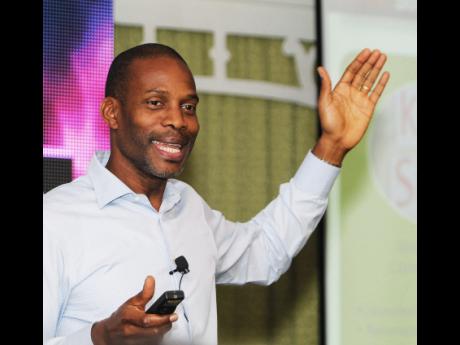 Cable & Wireless Communications (CWC), operator of the Flow brand, started testing a fifth-generation or 5G mobile Internet network this month with the goal of a future roll-out across the region.

The tests occurred in Antigua & Barbuda but the telecom's executives remain mum on any plans to test in Jamaica, CWC's second largest market after Panama.

Fifth generation mobile internet is still an evolving technology, globally. But general speeds are between three to 10 times faster than existing 4G networks. That's fast enough to download full movies in one to two minutes versus 10 to 15 minutes on Flow's network using a rough estimate of 10 megabytes per second (Mbps).

The telecom want this faster video streaming speed in order to seamlessly integrate with the latest social apps, which are mostly video focused. It will also allow better internet connectivity with smart devices under the evolution of the so-called 'Internet of things'.

In mid-July, CWC collaborated with a team from its parent company Liberty Global to initiate the trial of pre-5G technology in Antigua. CWC stated that once installed, Antigua would be the first country in the region with the most advanced pre-5G network, delivering download peak speeds of up to 800 Mbps. In the trial's next phase, the company expects to test a 5G prototype that is expected to reach peak speeds of 2 to 5 gigabytes per second (Gbps).

Last Thursday, Garfield Sinclair, president of CWC Caribbean, said it was early to comment on 5G deployment elsewhere in the region.

He added that the cost of deploying 5G technology is dependent on a number of factors, some of which are influenced by local market conditions and make it difficult to provide a clear estimate.

"We are excited about this development and what it means for the people of Antigua. This investment will deliver speeds which will be at least three times faster than the existing 4G and LTE speeds and the technology would be especially beneficial in rural and underserved areas where residents are currently unable to access superfast broadband connections," Sinclair said.

The pre-5G technology trial is based on LTE Advanced Pro.

In early October, CWC will further test a 5G prototype network designed to deliver wireless data connections above 2 Gbps. If the trials are successful, and the business case favourable, the company plans to invest another US$5 million in Antigua alone to significantly upgrade the wireless infrastructure there.

CWC's 5G trials are part of a partnership with Ericsson, who will provide the equipment and software in Antigua and across the Caribbean.