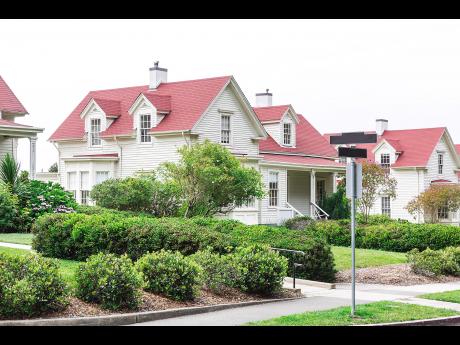 What are the odds of Jamaica being hit by a hurricane or tropical storm? These events are more likely to happen than winning the lottery.

When one visits a lottery ticket outlet on Saturday evenings near closing time especially when there is, big jackpot there is evidence that buyers do not understand how high odds are of winning first prize.

Similarly, commonsense is often ignored when houses are sited in areas that are prone to risks. Is it that some persons do not understand the threats or have a high tolerance for uncertainty?

There were 2,610 hurricanes and storms in the North Atlantic and the Caribbean between 1851 and 2015, according to US National Oceanic and Atmospheric Administration (NOAA) records. Fifty-eight occurred outside of the official June 1-November 30 season. Subtract these from the 2,610 events. Add last year's 15 named storms seven became hurricanes. The result: 2,567 in 165 separate seasons.

Fifteen storms occur on average during each season. Last week, I wrote that the 'average season' produces 12 named storms, half of which are likely to become hurricanes. The variance between NOAA's figures and mine is probably due to differences in how we calculate the average season.

Irrespective of method, the fact is that the chances of Jamaica being struck by a hurricane or a storm is more likely than winning a multimillion-dollar first prize.

Jamaica has a long history of natural disasters. These are floods, hurricanes, storms, and earthquakes. Given the likelihood of a hurricane, the small number of persons who buy non-life or general insurance, plus the fact that demand for coverage spikes sharply as soon as a hurricane or storm threatens, I have always wondered why insurers have not promoted their products during each June-November season.

Roof waterproofing products, hardware, water tanks, air-conditioners, fan suppliers, and loan providers, according to ads in this newspaper, are fixtures on the hurricane bandwagon.

The IronRock Insurance Company has decided to buck the industry tradition. It launched a Renter's Insurance Policy during the current season. IronRock was formed in 2015 in order to provide "a more efficient general insurance service". It "leverages the benefits of up-to-date information technology" and a small group of highly trained and experienced professional staff.

According to its December 31, 2016, financial statements, its share capital amounted to $465.5 million and capital reserves $139.3 million, against liabilities of $118.8 million. Companies like SCOR Reinsurance, QBE Re and Transatlantic Reinsurance all with top tier-financial strength ratings provide additional capital by way of reinsurance contracts.

The concept behind IronRock's Renter's Insurance product is new. Traditionally, insurers marketed insurance for household contents as a byproduct of contracts that were sold primarily to members of the middle class. They owned their homes or invested in real estate and had other personal assets. That group was decimated during the 1970s.

That strategy remained unchanged until this year. Intentionally, or by design, thousands of persons - renters or tenants were overlooked. Those who bought houses by way of mortgages were left out in the storm.

Compulsory coverage on the buildings protected the interest of the mortgagee. Another unintended by-product of that strategy: personal wealth house and contents ended up being at risk or uninsured after the mortgages were repaid in the face of predictions of more frequent and intense storms due to global warming.

Renter's (or Tenant's Insurance as my Dictionary of Insurance Terms calls it), was designed to fill the gap. It is aimed at persons who want to insure the contents of their homes. The insurance contract applies to the contents of the renter's, or the house owner's, home or apartment.

It offers protection against most types of risks and liabilities, some of which are seldom thought about until something nasty happens. Coverage is similar to what is commonly called household or homeowner's insurance. However, it does do not provide any protection to buildings.

There are four main elements of the protection, namely contents, valuables, money, and liabilities, which consist of three parts. Contents, which are defined as household goods, personal effects, fixtures, and fittings are covered in the house against 13 perils including fire, explosion earthquake, hurricane, and flood.

Valuables are deemed to be jewellery, articles of gold and silver, electronic equipment, works of art and the like. They are insured against accidental loss or damage anywhere in Jamaica.

Loss of cash and uncrossed cheques due to theft and/or hold-up is covered for a maximum of $10,000.

Protection against claims involving legal liability is becoming very important. Wrongdoers are likely to be sued when they injure other persons or cause damage to property. Not many persons know that occupiers of premises face the threat of lawsuits if visitors were to be injured on their premises.

Similarly, employers of household helpers can face claims in cases where the employee was injured and the employer was negligent.

Finally, dog owners can be sued where their animal bit a member of the public or caused an accident that resulted in injuries or property damage.

Five years ago, a court ordered the former DJ known as Lady Saw to pay $1.5 million for injuries to a 62-year old woman who was mauled by her dogs. The liability provision of the renter's insurance, which is designed specifically to apply to situations like these, offers protection of up to $5 million.

- There are other features that should prove popular. They include:

- The absence of the average clause (or condition of average), which most consumers hate;

- Sums insured are pre-selected based on affordability and the consumer's maximum estimate of value of contents. They run from a low of $1 million, and increase by increments of $500,000, to a high of $3 million;

- Claims will be settled, subject to the limit of the sum insured, on the basis of the cost of repair or replacement without deductions for wear and tear;

- 50 per cent extra coverage is being offered until August 31. this means that if coverage for a limit of $1 million is bought, the actual amount of coverage will be increased to $1.5 million, and the premium will be calculated as though the sum insured was $1 million;

- The premiums are relatively affordable. They are much less than the price of a moderately priced smartphone; and

- The application process is very simple.

In October 2016, Hurricane Matthew, according to a recent article in The Miami Herald, "rumbled through the southern peninsula of Haiti. It left behind US$2.8 billion in damage". Nine months later, residents are feeling "abandoned in their efforts to rebuild".

This feeling of helplessness would not have occurred if residents had understood the risks that they faced, developed coping strategies to handle those risks at an individual level and had access to private insurance markets; and allocated funds pre-October 2016 to buy insurance coverage from private insurers.