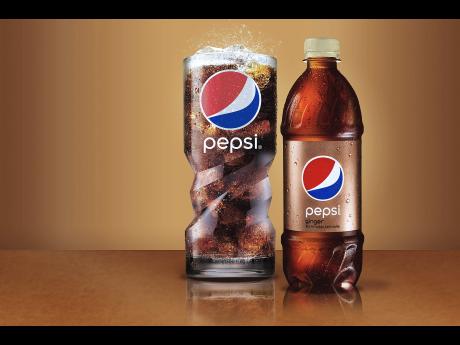 Pepsi-Cola Jamaica Bottling Company Limited has introduced new products intended to spice up its portfolio and tap into the market segment looking for healthier alternatives to sodas.

The beverage company has added Pepsi Ginger to its line-up; a 100 per cent orange juice under the Tropicana brand; and two new flavours, pineapple ginger and passion fruit, under the Fresh Fruit label.

"While we are not able to share our R&D spend, we can say that it is a significant part of our annual investment to grow the business," Pepsi marketing manager for Jamaica, Mitchell Watson, said of the product rollouts.

He said the Pepsi Ginger formula was exclusively for Jamaica with real ingredients, meaning that Jamaican ginger is used in the manufacture of the product.

Pepsi-Cola Jamaica exports from Jamaica to the smaller islands of the Caribbean and Belize, but the new ginger flavour is not intended for foreign sale, only local consumption.

"We've timed Pepsi Ginger to coincide with summer when people are looking for fresh new experiences. We are not able to share sales data, but we are optimistic that Pepsi Ginger will result in an increase in sales," Watson said.

The global drinks company, PepsiCo, also introduced a ginger flavour in its United Kingdom market, dubbed Pepsi Max Ginger, which was rolled out in March of this year. International competitor Coca-Cola also produces a ginger cola.

In the final quarter of 2016, Pepsi-Cola Jamaica general manager Miguel Alameda said the company would be rolling out 17 new products. Watson said he was unable to state the market share held by Pepsi among soft drink consumers in Jamaica.

Internationally, PepsiCo's product portfolio spans some 22 brands, including Frito-Lay, Quaker, Gatorade, Pepsi, and Tropicana, which are sold in more than 200 countries and territories. The company pulls in revenue of US$63 billion annually.