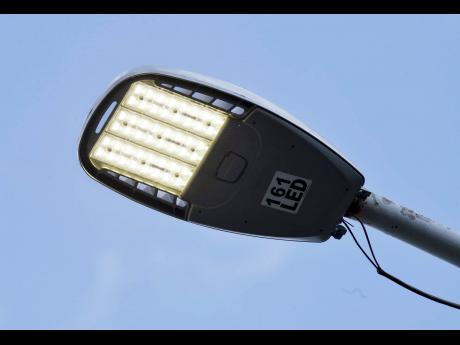 The board of the Caribbean Development Bank (CDB) has approved funding of US$25 million to replace existing streetlights in Jamaica with high-efficiency light-emitting diode (LED) lamps.

The funds are being provided to the Jamaica Public Service Company Limited (JPSCo) and will facilitate the replacement of approximately 105,000 high-pressure sodium and mercury vapour streetlights, the CDB said in a release.

It noted that Jamaica is on track to achieve its renewable energy target of 30 per cent by 2030.

However, to do it the country must reduce its expenditure on imported petroleum products, the CDB said, noting that in 2016, spending on street lighting was US$20 million per year.

“Street lights are a critical national service as they facilitate personal safety, as well as the safe operation of the transportation sector. However, street lights in Jamaica are the second largest consumer of electricity, representing 15 per cent of total public sector energy consumption,” said Daniel Best, Director of Projects at the CDB.

“This project is expected to reduce electricity consumption for street lights by approximately 65 per cent per year. In addition, it is expected that it will significantly contribute to the reduction of greenhouse gas emissions in Jamaica,” he added.

The CDB said the lamps in existing street lights have an approximate lifespan of six years and a failure rate of 20 per cent per year.

The streetlight retrofitting project will include the supply and installation of the high-efficiency LED streetlights and related smart controllers.

The controllers will allow JPSCo to be aware of, and respond to, street light failures in a timely manner. In addition, a climate risk assessment will be done during implementation, which will assess any vulnerabilities to climate change impacts, and provide recommendations to address them.

This is the fifth street lighting retrofitting project approved by CDB for its borrowing member countries.

JPSCo will provide counterpart financing to complete the project, which is scheduled for completion over a period of two and a half years, the CDB said.