BMW to build electric Mini in Oxford despite looming Brexit 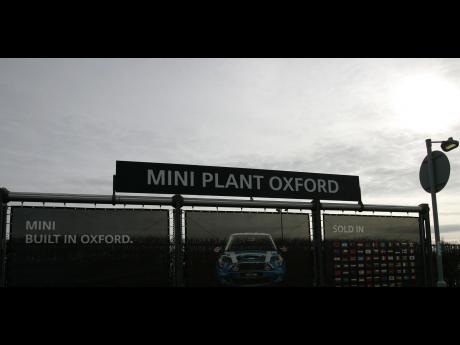 Germany's BMW will make the electric version of its Mini compact cars at its factory in Oxford, England, a decision that comes at a time when automakers are scrutinising investment plans due to Britain's impending departure from the European Union.

BMW AG said Tuesday the battery-powered Mini would be based on the three-door model. Most of those are already made at the Oxford plant. The electric drivetrain is to be made in Germany at factories in Landshut and Dingolfing, Germany.

The company said it had neither sought nor received assurances that it would not be hit with border taxes when it ships parts to Britain. Currently, Britain enjoys tariff-free trade with the other 27 members. Britain's future trade relationship with the EU is uncertain and will be the topic of complex negotiations over the coming months, and possibly years. The two sides have until March 2019 to reach a new agreement, unless an extension is agreed.

BMW is pushing to include more electric vehicles in its line-up by offering hybrid and battery-only models of existing diesel and gasolene cars, on top of its i8 and i3 models designed as electric from the ground up. The entire industry is under pressure to come up with low-emissions cars to meet tighter government pollution standards, including the effort to limit greenhouse gases blamed for global warming.

Company spokeswoman Emma Begley said the company had to make its decision based on the information currently available. "Based on what we know today, Oxford has the best business case," she said.

Britain Business Secretary Greg Clark called it a confirmation of the government's efforts to attract auto industry jobs and investment: "This landmark decision is a vote of confidence in the determination of our industrial strategy to make Britain the go-to place in the world for the next generation of vehicles."